Software Defined Networks (on Chip) – NetSpeed Systems and UltraSoC Team Up to Use Embedded Analytics to Enable Next Generation SoCs
by Mitch Heins on 10-28-2017 at 7:00 am
View Profile
View Forum Posts 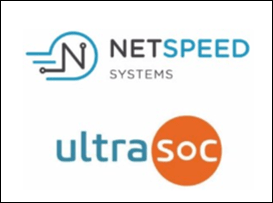 Memory is always a critical resource for a System-on-Chip (SoC) design. It seems like designers are always wanting more memory, and the memory they have is never fast enough to keep up with the processors, especially when using multi-core processors and GPUs. To complicate matters, today’s SoC architectures tend to share memory… Read More

Several companies have attacked the QoS problem in SoC design, and what is emerging from that conversation is the best approach may be several approaches combined in a hybrid QoS solution. At the recent Linley Group Mobile Conference, NetSpeed Systems outlined just such a solution with an unexpected plot twist in synthesis.

Launching high technology product on the semiconductor market after your competitors is not necessarily a weakness. NetSpeed has developed NocStudio, a front end optimization design tool helping architects to create SoC architecture bridging the gap with the back end, floor planning and place and route. Created about 20 years… Read More