American television viewers of a certain age will remember the Carol Burnett Show and its star, Carol Burnett, and her customary ear tug at the end of each show. TV Guide tells us the “ear tug first made famous during the 1967-79 run of CBS’s Carol Burnett Show was a message to her grandmother, a way of saying, “Hello,… Read More

…then you should read about this benchmark result showing how digital power varies with process corners, for high-speed data networking chip, not exactly the type of IC targeting mid-performance mobile application. Before discussing the benchmark results, we need to have some background about this kind of ASIC chip. Such a … Read More 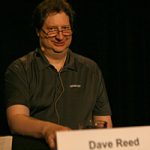 Synopsys has been acquiring EDA and IP companies at a fast clip over the past few years and it’s often made me wonder how they are going to craft a coherent tool flow for custom IC design. At DACthis year I learned that for schematic capture the winning tool is Custom Designer SE– a relatively new tool, while the IC layout… Read More