Register / Log In
Guests have limited access.
Join our community today!
You are currently viewing SemiWiki as a guest which gives you limited access to the site. To view blog comments and experience other SemiWiki features you must be a registered member. Registration is fast, simple, and absolutely free so please, join our community today!
CEO Forecast Panel
by Paul McLellan on 03-02-2012 at 2:40 pm
View Profile
View Forum Posts 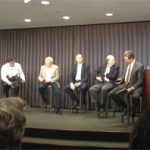 This year the panelists were Ed Cheng from Gradient, Lip-Bu, Aart and Wally (and if you don’t know who they… Read More

Silicon IP has taken over CAE in EDAC results… showing how bad have been analyst in forecasting the IP market!
by Eric Esteve on 01-16-2012 at 8:10 am
View Profile
View Forum Posts 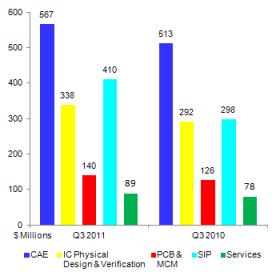 Thanks to Paul, who has shared EDAC resultsfor Q3 2011, we can see that Silicon IP has definitely passed CAE revenue! It does not appears clearly ($410 million for IP, 566.7 for CAE), but when you consider that ARM, among many other IP vendors, is not part of EDAC, it’s easy to see that SIP revenue is higher than CAE (ARM revenue for 2010… Read More 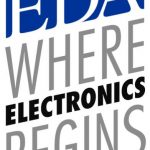 EDAC (EDA consortium) market statistics service announced the data for Q3 of 2011. Revenue increased 18.1% (versus 2010) to $1543.9 million. Sequentially (versus Q2) revenue increase 7.4%. Annualized, that puts EDA at over $6B for, I belive, the first time ever. Wally Rhines, who is EDAC chair (and CEO of Mentor) commented that… Read More

Or to be more formal about it:Dr. C. L. David Liu, the William Mong honorary chair professor of Computer Science and former president of the National Tsing Hua University in Hsinchu, Taiwan, will be presented with this year’s Phil Kaufman Award… Read More 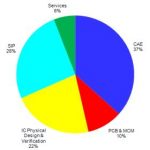 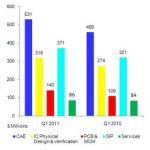 Each quarter, the EDA Consortium publishes the Market Statistics Service (MSS) report containing detailed revenue data for the EDA industry. The report compiles data submitted confidentially by both public and private EDA companies into tables and charts listing the data by both EDA category and geographic region. This newsletter… Read More 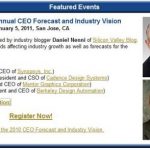 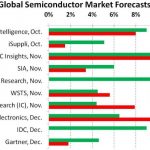 Of course these are rolling forecasts which means they change every month, until they get them right. The missing forecaster here is Mike Cowen, developer of the Cowan LRA Model which forecasts global semiconductor sales. Mike has 2011 at a hilarious 2.3%! Below are the mid year market forecasts which were revised significantly… Read More