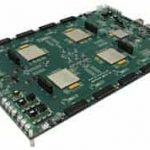 In our quest to further enlighten the masses SemiWiki has published four books, we have two more eBooks in post production due out in Q1 2018 and two more topics in research. All of the books are available free for PDF versions or you can get printed versions on Amazon.com or free printed versions at book signings or if you happen to meet… Read More

Just as a reminder, there are three semiconductor books in PDF format available for free on SemiWiki.com. The only hitch is that you must be a registered SemiWiki member to download them. If you are not currently a member please join here as my guest:… Read More

As most of you know SemiWiki published a book which is a really nice history of ARM. We have received many compliments on it and we are very proud. As a thank you to all SemiWiki members I would like to offer a free electronic version of the book (PDF). You can access it via the attachment at the bottom of this wiki:

It may be hard to believe but this happens to be my thirty third Design Automation Conference. Where does the time go? Three of my kids are out of college and the last one is getting close. That is where my time has gone. The conference itself started in 1964 but my first one was in 1984 in Albuquerque, New Mexico. In fact, that was the year… Read More

Book Review Mobile Unleashed The History of ARM
by Martin Sauter on 04-09-2016 at 8:00 am
View Profile
View Forum Posts

After having taken a closer look at x86 processor with “Inside The Machine” I came across “Mobile Unleashed“, a book about the history of a non-Silicon Valley company and technology for a change that has significantly shaped the world of computing as we know it today: ARM.

With the coming onslaught of IoT designs from big companies and small, the opportunity for IoT FPGA prototyping deserves a closer look. This session will start off with a keynote “The Internet of Trust and a New Frontier For Exploration” and will be followed by a discussion with industry experts Don Dingee, Frank Schirrmeister,… Read More

NPR had an interesting guest this morning: Edward Luce, author of “Time to Start Thinking: America in the Age of Descent”. I’m not about to turn SemiWiki into a politics blog, but there is some precedent in the technology business. I’ve caught myself saying more than once recently that “Motorola is no longer the company I worked 14… Read More

The story starts for me back in the 1980s when one of my partners told us we had to buy a machine called a BBC micro and learn how to program it. When someone asked him what can it do, apart from play space invaders, I was told as a “for example”, I could store my wife’s recipes. To view results we would have to plug the machine… Read More

This is the origin story of technology super heroes: the creators and founders of ARM, the company that is responsible for the processors found inside 95% of the world’s mobile devices today. This is also the evolution story of how three companies – Apple, Samsung, and Qualcomm – put ARM technology in the hands of billions of people… Read More

The big Apple iProduct announcement was today so I thought it would be a good time to premier a draft of the Apple chapter in our upcoming book. Try as I might I was unable to get one of the 7,000 tickets to the live event (it was like getting a Willy Wonka golden ticket!) so I live streamed it from my iPhone like millions of other people. It… Read More