FPGAs have always been a great way to add performance to a system. They are capable of parallel processing and have the added bonus of reprogramability. Achronix has helped boost their utility by offering on-chip embedded FPGA fabric for integration into SoCs. This has had the effect of boosting data rates through these systems… Read More 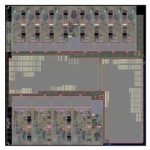