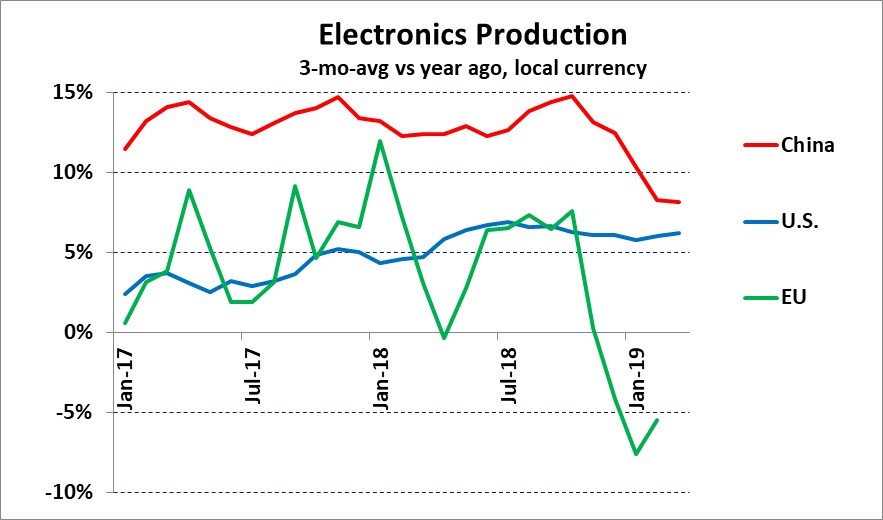 Electronics production in key Asian countries is also a mixed picture. Taiwan now has the highest growth in the region, with March 2019 3/12 growth of 15%, the third consecutive month of double-digit growth. Taiwan has recovered from production declines in 2015 through 2017. Vietnam’s 3/12 growth slowed to 1% in April 2019 following strong growth over the last two years, hitting over 60% in December 2017. South Korea, Malaysia, Singapore and Japan are all experiencing declines in the last few months. Japan has been weak over the last year, while the other three countries had double-digit growth at some point in 2018. 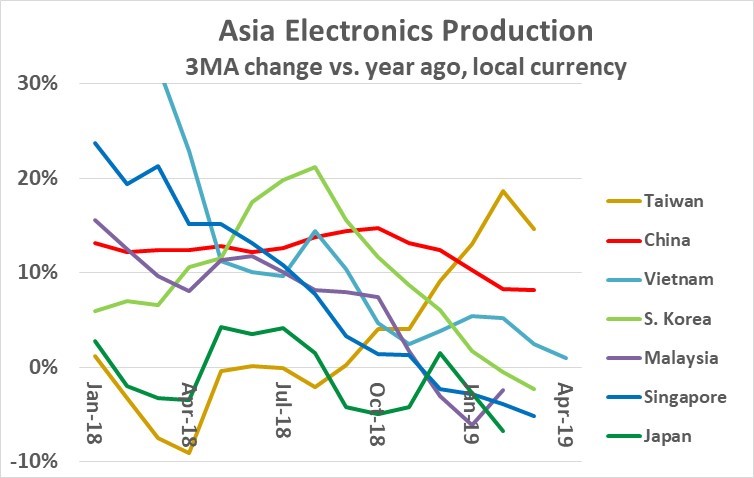 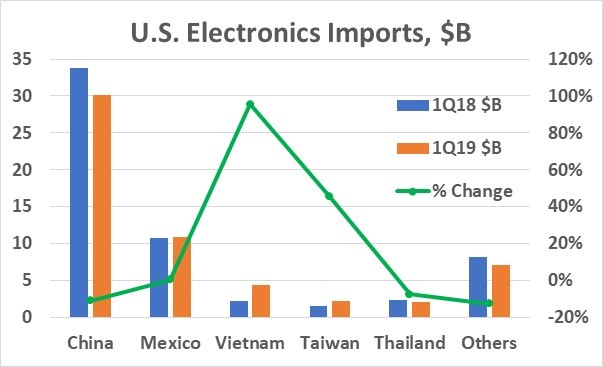 Four years ago in February 2015 we at Semiconductor Intelligence wrote about the emergence of Vietnam as an electronics manufacturer. The U.S.-China trade dispute has accelerated the growth of Vietnam electronics production. Examples of the shift include:
· In April, LG Electronics announced it would cease production of smartphones in South Korea and shift manufacturing to Vietnam.
· The world’s third largest producer of televisions, China’s TCL, in February began construction of a major TV production facility in Vietnam.
· Key Tronic, a U.S.-based contract manufacturer, expects to shift some production from China to Vietnam with the opening of a new factory in Vietnam in July.

Taiwan has also benefited from the U.S. trade dispute with China. An April Bloomberg article states 40 Taiwanese companies are moving some production back to Taiwan from China, helped by incentives from the Taiwan government. These companies are investing US$6.7 billion and plan to create over 21,000 jobs.

Although the shift of electronics production from China to other Asia countries has been accelerated by the current trade dispute, the trend has been in place over the last few years. Multinational companies are moving production to Vietnam and other countries due to lower labor costs, favorable trade conditions and openness to foreign investment.