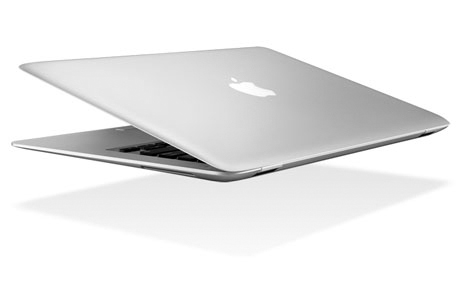 I am doing some consulting right now for a company that shall remain nameless, and one of the things I have had to look at is Apple’s supply chain. I came across an interesting article by someone with the goal to “buy a MacBook Air that isn’t made by Apple.” He is in the UK and doesn’t like Apple’s UK keyboard and he doesn’t really want to have to run everything on a virtualization environment. So basically he wants to buy a MacBook Air that is actually a PC.

This is a market that Intel has announced it will support with $300M of its own money under the name Ultrabooks. After all, there is presumably a big market for a MacBook Air that is actually a PC Ultrabook. And how hard can it be? Apple’s industrial design is great but it isn’t that hard to copy. Most of the components are standard. Lots of people know how to put together a PC.

The answer turns out to be surprising. It is really hard to build a PCair for the same price as Apple does. And the reason is one of the secrets of Apple’s supply chain that I hadn’t really thought much about before. Apple hardly makes any products. Sure, it ships huge volume: it is the world’s largest semiconductor purchaser, much bigger than HP or Cisco or any other obvious candidates (expected to be $22B this year). But it has three iPhones (iPhone 3GS, iPhone 4 (GSM) and iPhone 4 (CDMA)), one iPad, two MacBook Airs, some iPods and some bigger notebook and desktop computers. Apple is not the Burger King of electronics, you don’t have it your way, you have it Steve’s way. Compare that to HP or Cisco’s product lines.

The PC market is predicated on have it your way. You go to HP or Dell’s website and decide what options you want, do you want wireless, which speed of processor, how much memory and so on. Also, they have broad product portfolios so they are forced to use standard products such as screens, batteries, wireless daughter cards, power supplies and so on since it doesn’t make sense to customize anything for a subset of a subset of the product line. So the PC industry is largely based on having a lot of components that purchased in varying amounts and then clicked together to build the end product. They ship a large volume but of a broad product range, so not much of any particular model.

Apple, by contrast, can integrate as much as it wants and buys all components in the same quantities (for each product) since you don’t get that flexibility. This gives it a much higher volume and more predictable demand and it can leverage this into lower prices. And since it has so few products it can invest in specialized components for each one: the MacBook Air has a specially shaped battery that just fits in among all the other stuff in there, the iPhone and iPad contain a custom Apple SoC (A4 for the current iPhone, A5 for the iPad2 and presumably for the imminent iPhone 5). Famously, a few years ago, Apple bought Samsung’s entire flash memory output. Too bad if you are someone else.

With those greater volumes and greater purchasing leverage, Apple can build the MacBook Air for less than any of the PC competitors can build an Ultrabook. Plus it doesn’t fit their business model well: a premium product that you cannot customize. Where does that go on the Dell website?

As an aside, a lot of this supply chain optimization is not the aesthetic Steve Jobs side of Apple, but is what Tim Cook, the new CEO, worked to put in place.