We are writing technical blogs all along the year, sometime it’s good to write about something completely different. Don’t worry, I don’t plan to write any geo-political analysis, neither propose tourism advertising for Cuba. I just wish to share with you the feeling you have when spending a few weeks in Cuba like I did in the mid 1990’s. Feeling is the proper word as the Cuban people are really nice person to meet with, but not only, as they can give you lesson that you will never forget. 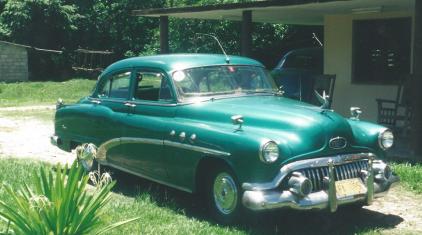 The first impression when arriving in Cuba is that these people are happy and they enjoy life. Not because of communism and rather despite the political system they have to cope with, but they are friendly, smiling and laughing. This is just the way they behave. As I was renting a room in a flat or a house instead of resting in hotels, moving in La Havana in clandestine taxis instead of tourist dedicated busses or taxis, I had the opportunity to meet with many Cuban and talk with them. These people were desperately trying to survive, and a single day in La Havana was a great lesson. 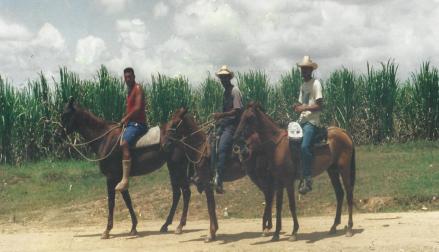 Trying to buy a tooth brush or soap is an issue; if you want to have lunch, better to search for underground restaurant (often installed in a private flat or house, sometime with only two tables!) than going in an hotel where the food will cost ten times the price and will be awful. You realize that the things you usually do easily in Europe or in the US are much more complicated to do, but the Cuban people are crafty. It probably takes a lot more time to find the right place, but if you are well supported, you will succeed (even if the guide book don’t mention the tricks). Obviously the dollar gives you some power, but not only. The people are happy to help you, and proud to be able to overcome the stupid rules. So, just imagine how powerful they will become as soon as they will have the freedom to be official entrepreneurs!

I remember this car above, as I have use it as a taxi (nothing special so far, except that it’s a Chevrolet 1956 or 58). Which was special with this car, and the driver was very proud of it, was the motor: it was a freight elevator (monta-carga) motor revisited to fit in this splendid Chevrolet! Just one of the dozen examples of the people’s dynamism. But they had no choice: either they did any job (from doctor to professor or worker) for $30 equivalent per month, and can’t buy anything they really want to buy, either they still do the job and spend the rest of the day building plans, drive underground taxis, etc. so they could better survive… It was a good lesson for me, born in Europe.

As I went to this Caribe Island several times, and could rent a car to visit from Santa Clara to Vinales, and from Maria La Gorda to Pinar del Rio, I have seen many landscape, sceneries and people. Like the above picture, taken in Vinales where the best tobacco plant will be used to make the best cigars in the world, but with a middle age tractor. Amazingly, the first time I went to Cuba was from Miami in summer 1995, and I could buy my flight ticket in a shop in the USA. I just had to pass through the Bahamas. Once in Nassau, my flight was supposed to take off a couple of hours after my landing from Miami. Instead, I had to wait 36 hours before I could go into an Antonov (a cargo revisited for passengers), carrying 4 peoples on top of the crew, instead of the 90 or 100 possible passengers…

According with that I heard yesterday at the news, I guess that it will be much easier now to go to Cuba directly from the USA, the sea and the sun will be still there, but also the peoples. Probably even more happy and enjoying life than they were in 1995.