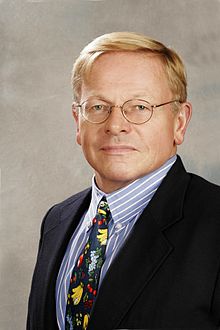 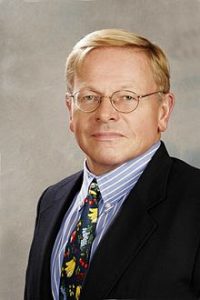 Silicon Valley has morphed from the days of semiconductor fabs interspersed between strawberry farms, and 3:00 pm rush-hour traffic during the shift change for the fabrication facility engineers and technicians. The leadership of technology companies has also arguably devolved from people who inspired employees and stewarded the growth of enterprises to individuals who count eyeballs and hob-nob with Hollywood elites.

Very few technology leaders have inspired me as much as the iconic T.J. Rodgers. Trust me this is not a fluff piece intended to ingratiate myself with T.J.

T.J. co-founded Cypress Semiconductor in December 1982 – originally a designer and manufacturer of SRAMs (static random access memories). Silicon Valley was born in the backdrop of Stanford University by Frederick Terman and William Shockley and many others, circa the 1950s. So in today’s lingo, T.J. would be from the 2.0 generation of the valley. Remarkably, Rodgers served as the CEO of Cypress for 34 years – stepping down in August 2016 – and, logs in as the longest tenured CEO of all publicly-traded technology (real tech) companies.

The first time I heard about T.J. Rodgers was in 1990 when I read his bombastic article in the Harvard Business Review titled No Excuses Management (in a real paper format, mind you). This makes me sound like some elitist snob (bragging about reading HBR). The publication that I loved at the time was a Silicon Valley trade rag called Upside (it was allegedly run out of business by the legendary Steve Jobs, but that’s a story for another day!).

It was quite a controversial article at the time. T.J.’s premise was that “most companies don’t fail for lack of talent or strategic vision. They fail for lack of execution…” He went on to elaborate – in great detail – about the management systems (sometimes referred to as management information systems, back then) that Cypress had implemented to track and manage: recruitment, goals management, resource allocations, and rewarding employees (compensation). Some observers viewed this as “Big Brother” or micro-management. In a sense, it may have been that. But, the fact remains that Cypress has employed hundreds to thousands of employees under this system – in Silicon Valley, where job mobility is legend.

Personally, I had mixed feelings about this management style. I liked the transparency and accountability. I knew that I would not like my every move being monitored. But, what I most disagreed with was T.J.’s expectation that management – especially executives – had to sacrifice their personal life to succeed at Cypress. While it was not a center piece of his article, I was a youngish, idealistic, and naive fool at the time and believed that “the next generation” could have it all! Nonetheless, I walked away very impressed with this gadfly executive and his chutzpah.

The next time Rodgers appeared on my radar in a meaningful way was in 1995 and I was working in product marketing at ArcSys (which became Avant! through the acquisition of Integrated Silicon Systems). I distinctly remember the morning that ArcSys’ offices were raided by the FBI and the San Jose PD – horrified and disheartened. A few days later I went to the San Jose District Court to pay for my own copy of the complaint that had been filed by Cadence Design Systems, alleging intellectual property theft. The complaint alleged that a Cypress design engineer had gone to T.J. when he had encountered unique error messages running ArcCell software – error messages that were identically poorly worded and mis-spelt as those from running Cadence’s Symbad tools (the Taiwanese-born software engineers at Cadence and ArcSys themselves referred to this as “Chinglish”; so, the thought police and hyper-ventilating PC folks can keep their pitchforks at bay!). The story goes that T.J. had then contacted Joe Costello, CEO of Cadence, and there-in began a series of cloak-and-dagger investigations in conjunction with the District Attorney’s office (there is an ArcSys version of the story that alleges that Costello approached Rodgers to do a software execution comparison; but, …).

The point is not to rehash the case of Cadence vs. Avant! right here. The point is that T.J. was an upstanding leader, willing to fight for what he felt was right in what became a very public case at the time (but, dwarfed by the O.J. Simpson trial). The real thug who master-minded the actual theft of intellectual property from Cadence to ArcSys is Gerald (Gerry) C. Hsu, who dodged prosecution and flourishes in mainland China. My personal investigation and digging into the series of events revealed a more insidious plan that Avant! was never really held accountable for (a book on this very intriguing case is on my bucket list).

But, the story that really galvanized T.J. into my hall of fame of executives is the story of SunPower and Cypress Semiconductor. Phew, they say! He’s finally getting around to the crux of this article.

It was 2001 and Rodgers ran into an old classmate from Stanford. Richard Swanson had ventured away from semiconductors into solar power. Swanson had started SunPower way back in 1988 to make efficient solar cells from silicon. At their chance encounter, Swanson informed Rodgers that he was a few weeks away from laying off half his workforce in order to meet payroll. Curious about the technology and perhaps having empathy for his friend, T.J. decided to meet up with Swanson to learn more and do some initial due diligence. He was so sold on the potential of SunPower’s technology that he approached the board of directors at Cypress to make an equity investment. The board was unconvinced, thinking that it was not core to Cypress’ memory and communications chip business. In characteristic form, T.J. then informed the board that he would make the investment himself, and cut Swanson a $750,000 personal check for an equity investment.

Up to this point this would be a ho-hum narrative. But, there is more.

A year later, SunPower’s technology was proving to be significantly better than that of overseas rivals like Siemens, Kyocdera, Sharp and Sanyo. It made sense to plow further investment into SunPower and Cypress’ board agreed to taking a controlling stake with an $8 million investment. SunPower became a subsidiary of Cypress Semiconductor and brought on Tom Werner as CEO in 2003. Sometime in 2004 it became clear that shareholder value for SunPower would be optimized by taking it public. But, the board – rightly – was concerned: T.J.’s original $750,000 investment could be viewed as self-serving or a conflict of interest – even though it clearly wasn’t as events had transpired (Rodgers had brought the deal to the board, they had rejected it, he asked to invest personally, and the board had okayed his outside investment). In anticipation of the IPO in 2005, the board urged T.J. to sell his personal equity stake to Cypress at the original valuation – in other words, Rodgers would get a $750,000 check from Cypress netting a 0% return. T.J. went ballistic and angry words were supposedly exchanged. In the end, T.J. did “the right thing” even though he had no legal obligation to do so. Kudos to a board of directors that proactively wanted to avoid any perception of conflict. But, a double-kudos to T.J. for being the bigger person, when he did not have to be!

This story was relayed to me at some point in 2004 by Manny Hernandez, then Cypress’ CFO, in my role as a semiconductor equity analyst covering Cypress. However, the narration is mine and I take full responsibility for any unintentional factual misstatements or misrepresentations.

I cannot profess to know T.J. Rodgers personally. As the analyst on Cypress’ stock for a period of a few years, I had some opportunities to meet with him in a group of analysts and investors. Quite frankly he would not know me from Joe the Plumber! When Brian Fuller (editor-in-chief of EETimes, and a friend) interviewed him in a town hall setting at the Embedded Systems Conference in 2006, I grabbed a front seat like a crazed fan!

If there is an underlying thread as to why I truly admire Rodgers’ leadership it is because of his integrity: a person who believes in what he believes, embodies it and built a long-lasting enterprise under his stewardship. In doing some background research for this article, I ran into a more recent story circa 2017. Basically, T.J. (retired from Cypress in 2016, but the largest individual shareholder of Cypress’ stock at the time) took Cypress board of directors to task in a proxy fight in which he prevailed. The issue that T.J. fought for – and won on – was about the integrity of the board of directors and accountability to shareholders. Go figure!

2 Replies to “Where have all the Leaders gone – a profile of T.J. Rodgers”