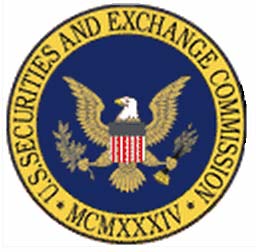 An attorney from the Division of Enforcement at the U.S. Securities & Exchange Commission contacted me in regards to activity on SemiWiki. Not a great way to start a Monday! Given the parameters of the discussion and the type of questions it is undoubtedly (in my humble opinion) concerning the Synopsys acquisition of Magma.

This conversation and the resulting heart palpitations give ample support to John Cooley’s decision to keep DeepChip.com a “dumb” HTML site. SemiWiki, on the other hand, is an “intelligent” site built on a relational database with a content management system enabling full social media capabilities, data mining, and analytics.

The capability in question here is SemiWiki’s private email where registered members can talk amongst themselves under the cover of their screen names. SemiWiki respects the privacy of our members and will never willingly disclose member information. You can shine bright lights in our eyes and waterboard us, we are not talking. A subpoena by the Federal Government however is a completely different story.

Why would people commit felonies on SemiWiki or any other social media site under the guise of anonymity? The same reason why politicians tweet their private parts, why people post their crimes on FaceBook, and why movie stars and famous athletes send incriminating emails and texts. Because they think they are clever but they are not.

The most recent one that comes to mind is former four star General and CIA Director David Petraeus who communicated with his mistress via draft emails on a gmail account where no emails were actually sent. Clever right? Apparently not as the deleted draft emails were “discovered” during the investigation. Bottom line, digital footprints leave tracks that cannot be covered no matter how clever you think you are, believe it.

The other interesting aspect of this story is Frank Quatrone. From a previous blog “Synopsys Eats Magma…”:

To make a long story short: Frank Quattrone went to trial twice: the first ended in a hung jury in 2003 and the second resulted in a conviction for obstruction of justice and witness tampering in 2004. Frank was sentenced to 1.5 years in prison before an appeals court reversed the conviction. Prosecutors agreed to drop the complaint a year later. Frank didn’t pay a fine, serve time in prison, nor did he admit wrongdoing! Talk about a clean getaway! Quattrone is now head of merchant banking firm Qatalyst Partners, which, coincidently, handled the Synopsys acquisition of Magma on behalf of Magma.

I’m including this disclaimer again since it apparently made the legal folks from the SEC chuckle:

Disclosure: This blog is opinion, conjecture, rumor, and non legally binding nonsense from an internationally recognized industry blogger who does not know any better. To be clear, this blog is for entertainment purposes only.