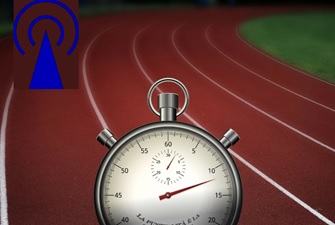 How Ultra-wideband aligns with 5G’s premise

In part 3, we discussed the time-frequency duality or how time and bandwidth are interchangeable. If one wants to compress in time a wireless transmission, more frequency bandwidth is needed. This property can be used to increase the accuracy of ranging, as we saw in part 3. Another very interesting capability enabled by this time-frequency duality is the possibility to reduce the latency in systems. But first, a primer on latency and how it affects wireless connectivity.

As engineers, we understand latency as the time interval between a triggering action and its response. From a wireless link point of view, this is the time delay between sending a frame of data and receiving it. But consumers have a visceral reaction to latency. Gamers playing combat and sports games experience latency as the lag between pressing a button and seeing the expected action on the screen. This delay can be a matter of in-game life or death! Monitors and peripherals are being aggressively marketed with reduced latency (e.g., 240 Hz refresh rate gaming monitors), and as a result, wired peripherals are surprisingly still ubiquitous in the gaming circles. The wire, as old a contraption as one can remember, remains undisputed with regards to latency.

The quest for latency is intensifying today, as applications that are more sensitive to latency become mainstream. For example, designers and gamers wearing augmented reality (AR) or virtual reality (VR) headsets experience latency as the disconcerting lag between their motions and the visual response. AR and VR make users prone to motion sickness at the slightest onset of latency. Moreover, home theater owners curse latency when the characters’ lips on screen go out of sync with their voices, and while recorded video can be carefully delayed to calibrate out the latency, feeds that require live intervention cannot benefit from this tactic. This wireless latency problem touching live interactions manifests itself as easily as when typing on your smartphone and seeing the keys move out of synch with the keys’ audio feedback coming through a wireless headset. Some phone makers will hide this limitation by having the keyboard audio feedback not come through the wireless headset. Ironically however, using a now defunct audio jack on an antiquated phone with a barebone wired headset does not pose a latency problem! This issue goes even deeper, where industrial engineers experience latency as unacceptable lag in critical sensor and control systems. All in all, current wireless technologies cannot deliver acceptable gaming, AR / VR, live video or industrial IoT experiences, so those applications remain wired in 2020.

The brain can typically discern a latency tens of milliseconds or more, and some instrument players are able to “feel” 3 ms of latency. Wireless latency has multiple causes. It is first a consequence of the speed of light, similarly as with wires. However, at the human scale, the speed of light is not the limiting factor, as a 100 meters wireless communication will only incur 333 ns of latency. The second cause is processing time in the transceiver. But again this is usually not the limiting factor as processors can often finish operating on a frame in microseconds. The third cause and one of the most important one is the speed at which the transceiver can communicate its data. In a wireless transceiver, each data frame must be completely received before it can be processed. This means that the speed at which data is transmitted and received is a significant factor contributing to latency. As an example, transmitting a thousand bits frame at a data rate of 1 Mbps will result in a 1 ms latency. This is known as the airtime. In addition to the airtime, there is also the time required by the Media Access Control Layer, or MAC-Time, which is related to the communication stack used by the protocol and may include time for carrier sensing, frame acknowledgment, frame retransmission, flow control etc. The MAC-Time varies greatly depending on the application and can go from being negligible to being the dominating factor compared to the airtime. Ultimately MAC-Time is often correlated to the airtime, such that radios than can condense airtime are able to provide shorter latencies.

Combining all these factors makes it difficult to fairly compare latencies of different wireless radios. Each technology has its targeted applications which means the MAC layer has been developed accordingly. A wireless link that requires 99.999% reliability will not have the same latency as a best effort broadcast system. Nevertheless, the latency will always be limited and derived from the airtime of the radio which is a good point of comparison. The IEEE 802.15.4 standard, behind the ZigBee specification, provides a data transfer rate of 250 kbps, while BLE 4.2 supports 1 Mbps and BLE 5 2 Mbps. These data rates provide an airtime in the order of a few milliseconds for BLE and tens of milliseconds for IEEE 802.15.4. These airtimes are further “amplified” by the MAC layer and cause much longer overall latencies that can go beyond 100 ms, and can be easily noticed by users.

A good way to reduce the latency is to increase the data rate, a method well applied by Wi-Fi. With the 802.11 standard now supporting hundreds of Mbps of data transmission over a single link, we can now see sub-milliseconds latency for single frames. This latency comes at the expense of power consumption, however. The Wi-Fi standard supports large packets of up to over 2000 bytes and uses complex modulation requiring power hungry circuitry.

Latency is in fact one of the main drivers behind the development of 5G networks. Promising a few milliseconds latency, 5G will provides a 10X improvement over LTE. However, 5G radios have a similar drawback to Wi-Fi, which is a very high power consumption, preventing their use in most IoT devices. As such, we are in a situation where we can route data over hundreds of kilometers in a few milliseconds, but it will take more time to do the last one hundred meters using a lower power radio.

UWB bridges the gap between long range, high data rate transceivers (Wi-Fi and 5G) and short-range low data rate solutions like BLE and Zigbee. UWB uses fast 2 ns pulses to reach data rate of tens of Mbps. This provides an airtime one order of magnitude shorter than BLE, reaching sub-ms latency. UWB is then a strong candidate to provide the last 100 meters low latency connectivity when combined with 5G.

The sub-ms latency and relatively large data rate of UWB could enable multiple new interactive experiences and applications that were previously not possible with other short-range radios. However, one very important aspect of UWB, one aspect required for the IoT revolution, has not yet been discussed: low-power operation. In the next part, we will see how UWB can reduce power consumption to a level not yet achieved by any other wireless transceiver.

3 Replies to “The Story of Ultra-WideBand – Part 4: Short latency is king”