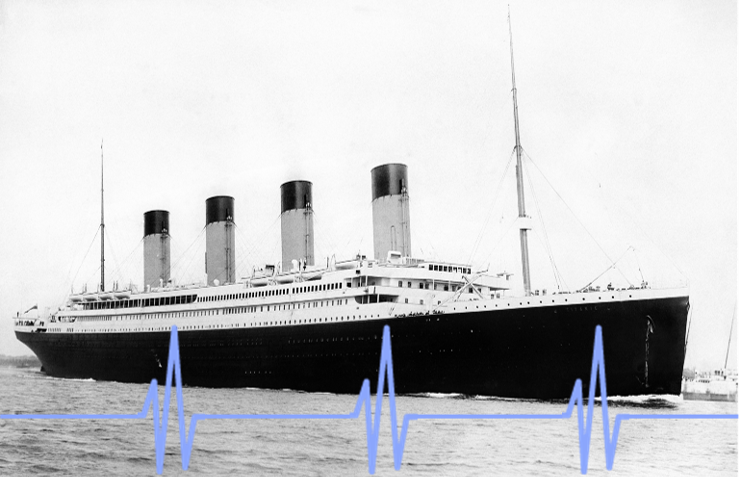 In the middle of the night of April 14, 1912, the R.M.S. Titanic sent a distress message. It had just hit an iceberg and was sinking. Even though broadcasting an emergency wireless signal is common today, this was cutting edge technology at the turn of the 20th century. This was made possible by the invention of a broadband radio developed over the previous 20 years: the spark-gap transmitter.

Developed by Heinrich Hertz in the 1880s, the spark-gap radio was improved by Guglielmo Marconi who succeeded in sending the first radio transmission across the Atlantic Ocean in 1901. After the Titanic disaster, wireless telegraphy using spark-gap transmitters quickly became universal on large ships, with The Radio Act of 1912 requiring all seafaring vessels to maintain 24-hour radio watch. The spark-gap radio was then the most advanced technology enabling wireless communication between ships, used through the first world war.

The architecture of the spark-gap radio was significantly different than what is currently used in wireless transceivers, including our cellphones, WiFi networks and Bluetooth devices. Modern narrowband communications systems modulate continuous-waveform radiofrequency (RF) signals to transmit and receive information. But at the turn of the 20th century, the spark-gap transmitter generated electromagnetic waves by means of an electric spark and no narrowband radiofrequency signal was being modulated. The spark was generated using a capacitance discharged through electric arcing across a gap between two conductors. These very short time discharges generated oscillating currents in the wires, which then excited an electromagnetic wave that radiated out and could be picked up electromagnetically at a great distance. From the well-known time-frequency duality principle, a short impulse in time, analogous to the electric spark, gives a wideband signal in frequency and this was the basis of communications for two decades.

An interesting point to note is that the spark-gap radio could not support a continuous transmission, such as a sound signal. A message had to be composed of a series of sparks, transmitting discrete pieces of information, making it the first digital radio. This characteristic was ideal to transmit Morse code. However, it was then believed that it was not possible with the spark-gap radio to transmit a continuous signal like voice or music, without loss of information. It was decades before Shannon and Nyquist showed how to do that with digital modulation techniques.

This gap in digital modulation knowledge, coupled with the difficulty to generate high power spark-gap transmissions were shortcomings that were fatal to the spark-gap radio. After World War 1, carrier-based transmitters were developed using vacuum tubes, producing continuous waves that could carry audio. Nowadays, virtually all wireless transceivers use the same architecture, based on the work of US engineer Edwin Armstrong in 1918. Called the superheterodyne radio, this architecture uses frequency mixing to convert a received narrowband signal to a relatively low intermediate frequency (IF) that is then processed in baseband circuitry. This innovation gave rise, starting around 1920, to the AM radio which was followed a decade later by the FM radio. By the late 1920s the only spark transmitters still in operation were legacy installations on naval ships.  Wideband radio was effectively dead.

Wideband’s Rebirth after 100 years: A Detective Story
Why then did Apple release the iPhone 11 in 2019 with an ultra-wideband (UWB) transceiver, implemented in silicon on their new U1 wireless processor chip? The answer requires some detective work into clues stretching back to the middle of the last century.

The first clue was another impulse-based wideband radio technology developed in top secret laboratories around the world in the 1930’s and during World War 2: RADAR. The story of RADAR has been told many times; it provided a pivotal advantage in both the Battle of Britain and naval battles in the Pacific.

For the purposes of this discussion, RADAR is able to determine the range, angle and velocity of objects. After the war, impulse-based transceivers started once more to gain momentum, now in military applications. From the 1960s to the 1990s, this technology was restricted to military applications under classified programs, both as a location finding and a communication technology. By the mid-1980s, a wide range of research papers, books and patents from UWB pioneers like Harmuth at Catholic University of America and Ross and Robbins at Sperry Rand Corp became available. This great source of information revived the interest in UWB systems because of wideband’s unique ability to deliver location data.

Apple’s first use for UWB is to provide positioning data. Positioning enables many applications in augmented reality (AR), virtual reality (VR), gaming, device recovery, file sharing and advertising beacons. We will explore UWB positioning technology further in Part 3. But positioning by itself is not sufficient reason for Apple to build a custom silicon UWB implementation.

Future articles in this series will discuss five clues to understanding Apple’s adoption of UWB for the iPhone 11:

The story continues in Part 2

2 Replies to “The Story of Ultra-WideBand – Part 1: The Genesis” 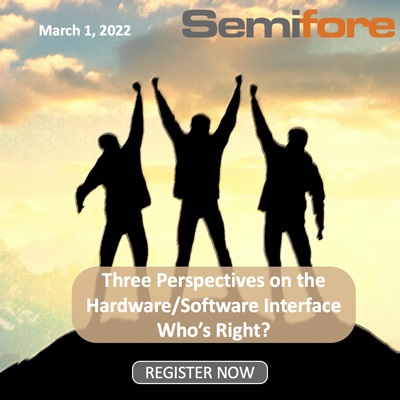 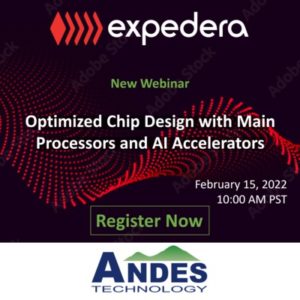