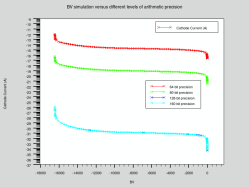 Power devices have historically been made from silicon (Si), which has reached the limit of electric power loss reduction. With the superior physical and electrical properties of silicon carbide (SiC), we can expect to see a significant expansion in the amount of electric power conversion of electrical equipment as well as reduced loss during conversion. One of the big steps in bridging the TCAD and design worlds is the capability to define the process in the TCAD environment and end up with SPICE models that allow designers to simulate the capabilities.. 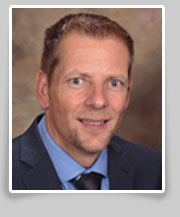 Next Tuesday, September 23rd, Silvaco have webinar TCAD to Spice Simulation of SiC and Si Power Devices. The webinar is from 10-11am Pacific time and is presented by Dr. Eric Guichard, who is Silvaco’s Vice President of the TCAD Division. He is responsible for all aspects of TCAD from R&D to field operations. Since joining Silvaco in 1995, he has held numerous positions including director of Silvaco France and most recently Director of Worldwide TCAD Field Operations. Dr. Guichard holds an MS in material science and a PhD in semiconductor physics from Ecole Nationale Polytechnique de Grenoble, France.

The webinar will provide a discussion of the methods used to design, simulate and optimize the performance of power devices using TCAD and SPICE simulations. Silicon has long been the semiconductor of choice for high-voltage power electronics applications. However, wide-bandgap semiconductors such as SiC have begun to attract attention due to their projected improved performance over silicon. Simulating SiC devices is more challenging relative to silicon-based devices. In this webinar Eric will review the requirements to accurately simulate SiC-based power devices. He will also present a completely automated TCAD to SPICE flow that helps reduce the cost and time taken to develop a Silicon-based IGBT power device.

What attendees will learn:

More details on the webinar including a registration link are here. If you cannot make this date and time then register anyway, you will get sent a replay link to the webinar soon afterwards.