Can Android1 Lead the Way for Google in New Smartphone Market?
by Pawan Fangaria on 11-12-2014 at 7:00 pm
View Profile
View Forum Posts

I had been wanting to write about it since Google’sbig bang announcement of Android1 in India in Sep this year and their associated strategy to capture some of the large pockets of Smartphone market within a matured or declining cell phone market and maturing overall market of Smartphone. Since I wrote my last article hereon maturation… Read More

Atrentais well-known for their SpyGlass software that enables SoC engineers to run early design analysis on RTL code and create a hardware virtual prototype for analysis prior to implementation. Visiting their website you quickly see that social media plays an important role in connecting with engineers as links for Facebook,… Read More 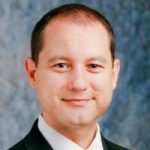 EDA companies produce a wealth of content to help IC engineers get the best out of their tools through several means: