Cliosoft and Microsoft to Collaborate on the RAMP Program
by Kalar Rajendiran on 01-06-2022 at 6:00 am
View Profile
View Forum Posts

We have all heard of many advanced technological inventions and products from the defense sector that subsequently got commercialized. While most of the Defense Advanced Research Projects Agency (DARPA) projects are classified secrets, many military innovations have had great influence in the commercial sector in the fields… Read More 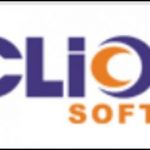 It’s time again to gather for the next Design Automation Conference (DAC). This will be the 54[SUP]th[/SUP] such meeting and this year it runs from June 19[SUP]th[/SUP] – 21[SUP]st[/SUP] in the Live Music Capital of the World, Austin Texas. Put on your best duds, boots and cowboy hat and make your way to Texas.

While you are there … Read More