Register / Log In
Guests have limited access.
Join our community today!
You are currently viewing SemiWiki as a guest which gives you limited access to the site. To view blog comments and experience other SemiWiki features you must be a registered member. Registration is fast, simple, and absolutely free so please, join our community today!
Atrenta: Mentor/Spyglass Power Signoff…and a Book
by Paul McLellan on 05-30-2013 at 7:00 am
View Profile
View Forum Posts

Today Atrenta and Mentor announced that they were collaborating to enable accurate, signoff quality power estimation at the RTL for entire SoCs. The idea is to facilitate RTL power estimation for designs of over 50M gates running actual software loads over hundreds of millions of cycles, resulting in simulation datasets in the… Read More

We have talked for years about RTL signoff, the idea that a design could be finalized at the RTL level and then most of the signoff would take place there. Then the design would be passed to a physical implementation team who would not expect to run into any problems (such as routing congestion, missing the power budget or similar problems).… Read More 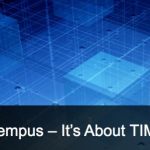 Today Cadence announced Tempus, their new timing signoff solution. This has been in development for at least a couple of years and has been built from the ground up to be massively parallelized. Not just that different corners can be run in parallel (which is basically straightforward) but that large designs can be partitioned … Read More 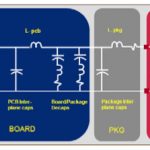