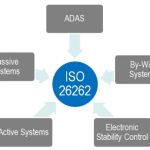 I’ve been an Electrical Engineer and a car driver since 1978, so I’ve always been attracted to how the automotive industry designs cars to be safer for me and everyone else around the globe. According to statistics compiled by the CDCI learned that some 33,700 Americans died by motor vehicle crashes in 2014, which is… Read More 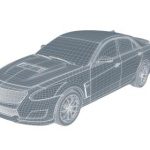 Mentor has an especially strong position in the automotive space given their broad span of embedded, SoC, mechanical and thermal and system design tools. Of course, these days demonstrating ISO 26262 compliance is mandatory for semiconductor and systems suppliers, so EDA vendors need to play their part to support those suppliers… Read More

Ad hoc digital design verification approaches ran out of steam at least a decade ago when designs got intractably large to make it feasible to keep track of everything with pen and paper and excel. But analog design has remained largely ad hoc to this day. The designer runs spice, looks at the waveforms that come out and decide whether… Read More

Coverage Driven Verification for Analog?
by Pawan Fangaria on 09-26-2014 at 1:00 am
View Profile
View Forum Posts 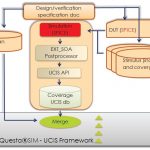 We know there is a big divide between analog and digital design methodologies, level of automation, validation and verification processes, yet they cannot stay without each other because any complete system on a chip (SoC) demands them to be together. And therefore, there are different methodologies on the floor to combine analog… Read More