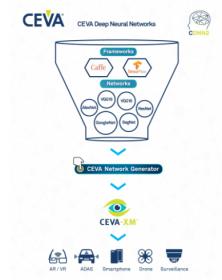 You may be under the impression that anything to do with neural nets necessarily runs on a GPU. After all, NVIDIA dominates a lot of what we hear in this area, and rightly so. In neural net training, their solutions are well established. However, GPUs tend to consume a lot of power and are not necessarily optimal in inference performance… Read More

Computer Vision in Mobile SoCs and the Making of Third Processor after CPU and GPU
by Majeed Ahmad on 09-05-2015 at 12:00 pm
View Profile
View Forum Posts

Qualcomm’s teaser of its upcoming Snapdragon 820 system-on-chip (SoC) was supposed to make up for the issues like overheating and bad press that haunted its predecessor Snapdragon 810. Instead, the San Diego, California–based semiconductor giant chose to show off the GPU and image processing muscle. Especially, its… Read More