I have a bias (as you may have noticed) for solutions in a domain that take advantage of technology but are developed within that domain. A recently example is intelligent bandages, developed at Massachusetts General Hospital, Harvard, Purdue and several other research centers. The purpose of such a bandage is to monitor a wound… Read More

I just watched a webinar on non-invasive bio-imaging as a way to detect and track disease, which gave me a sense of the way tech progresses in the medical field and makes for a positive counterpoint to my views on medical IoT, at least as envisioned in much of our industry. The webinar, on new approaches to in-vivo imaging was hosted … Read More

In the wave of enthusiasm surrounding the IoT, medical applications are often held up as an obvious and compelling area where applications cannot fail to succeed. I beg to differ. I think there are two important reasons why almost no such applications will succeed, at least not in the way we seem to be approaching them today.

In recent years, excessive cold or heat in particular regions of the world has become a regular phenomenon; it reminds me about a movie I saw a couple of years ago, “The Day After Tomorrow” in which the whole Manhattan was shown covered with ice. Can’t say whether that can ever happen if at all, but on a better note today, I can see the possibility… Read More

I remember a couple of decades ago, my father used to go to a nearby doctor’s clinic to get his blood pressure and sugar levels checked. I guess, in around 1990s small electronic kits became available to measure these usual daily health indicators and instantly display the numbers. I bought a few for my father then. Today, the scene… Read More

Which IP which will give substantial return in next 3 – 5 years and where a company will invest as well as how it will differentiate itself from others, particularly the big ones, are key discussion topics for any start-up entering into semiconductor IP business.

Yesterday I attended the IMEC Technology Forum at Semicon West. As always with IMEC, they present so much information it is like drinking from a firehose. I’ll say more about the future of process technology in a blog later this week, but this blog is about IMEC itself. It is an amazing success story. Let’s face it, if you were going … Read More

I just back from Samsung’s big announcement held at the SFJazz center (very conveniently 15 minutes walk from my place). They put a stake in the ground about their program at the intersection of medicine and health and technology. They had said in advance that they would not announce any new hardware but in fact they did…although… Read More 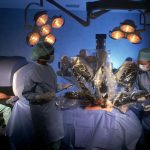 Silicon dominates our lives, CPU’s, GPU’s are in the limelight but the unsung hero is the FPGA. They simply do the work where other silicon dare not tread, as they are unfit for the task. Never send a boy to do a man’s job.

For a moment, if we can, just for a few minutes perhaps we can break away from the social media bubble… Read More