Imagine what all the DLP technology can do for you
by Pawan Fangaria on 03-24-2014 at 7:00 pm
View Profile
View Forum Posts

Light has become integral part of most of the electronic devices we use today in any sphere of influence; personal, entertainment, consumer, automotive, medical, security, and industrial and so on. It’s obvious; along with IoT (Internet-of-Things) devices, the devices to illuminate and display things will play a major role… Read More

Coming up on April 10th is the SEMI Silicon Valley Breakfast Forum Internet of Things—Driving the Microelectronics Revolution. It runs from 7am to 10.45am and will be held at SEMI Headquarters which is at 3081 Zanker Road in San Jose.

Widespread adoption of the Internet of Things will take time, but the movement is advancing thanks… Read More 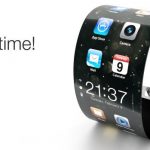 Internet of Things and the Wearable Market
by Daniel Nenni on 03-09-2014 at 8:00 pm
View Profile
View Forum Posts

My wife and I drove to Southern California last week in search of information on the wearable computing market. After stops in Irvine, San Diego, and some play time in La Jolla we returned in time for the CASPA Symposium: “The Wearable Future: Moving Beyond the Hype; the Search for the Holy Grail and Practical Use Cases”… Read More

With a well-chronicled share inside cellular baseband interfaces for mobile devices, one might think that is the entire CEVA story, especially going into Mobile World Congress 2014 this week. MWC is still a phone show, but is becoming more and more about the Internet of Things and wearables, and CEVA and its ecosystem are showing… Read More

CES 2014 was the modern technology equivalent of the voyage of Ferdinand Magellan, proving beyond any shadow of doubt displays no longer can be thought of as only flat. While the massive curved 105-inch TVs shown by LG and Samsung drew many gawkers, the implications of curved touch displays are even wider.… Read More