Increasingly, the buying criteria for automotive vehicles is heavily influenced by the infotainment and connectivity systems that they offer. So why, then, do so many new vehicles have glitchy and/or cumbersome IVI systems? And what is being done about it?

Since 2016, In-Vehicle Infotainment (IVI) systems have become the No. 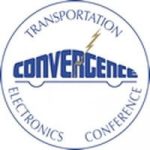 When I worked for VaST we went to a show that I’d never heard of in EDA: SAE Convergence (SAE is the Society of Automotive Engineers). It is held once every two years and it focuses on transportation electronics, primarily automotive although there did seem to be some aerospace stuff there too. This is an even year, Convergence… Read More

I got an email from Mentor Embedded this morning about a webinar on Implementing a GENIVI-compliant System. I have to admit I had no idea what GENIVI is, which surprised me. I spent several years working in the embedded space and so I usually have at least a 50,000 foot view of most things going on there. One reason for my ignorance is … Read More