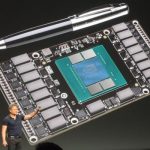 The use of silicon interposers is growing. Several years ago Xilinx broke new ground by employing interposers in their Virtex®-7 H580T FPGA. Last August Samsung announced what they say is the first DDR4 module to use 3D TSV’s for enterprise servers. Their 64GB double data rate-4 modules will be used for high end computing where … Read More