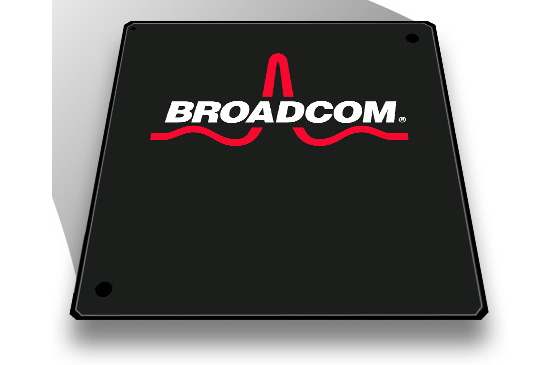 I surmised a month ago that Broadcom could be a likely acquirer of TI’s OMAP business in order to compete more effectively in Smart Phones and Tablets. I was not bold enough. Instead, Broadcom has offered $3.7B for Netlogic in order to be an even bigger player in the communications infrastructure market by picking up TCAMs and a family of muli-processor MIPs solutions. The acquisition is not cheap as they are offering to buy Netlogic at a price equal to 10 times their current sales. In addition it represents, 42% of Broadcom’s current valuation. Although one can argue, that semiconductors as a whole are undervalued in the market.

I want to highlight the significance of the acquisition relative to the two competing visions in the market place as to how best serve the communications market from a semiconductor solution point of view. On the one side are the off the shelf standard ASSP solutions from Broadcom, Marvell, Netlogic Cavium, Freescale, EZChip etc.. On the other are the customizeable solutions that were once done entirely with ASICs but which now are more and more being taken over by FPGAs. Altera and Xilinx have made this a focus because they are able to generate a lot of revenue by selling very high ASP parts as prototype and early production units.

The first camp believes that over time multicore MIPs based processors are the most flexible way to build and update communications equipment. Broadcom’s major weakness was that they were not able to get a view into new high performance designs with switch chips better suited for cost sensitive volume switches. Netlogic, on the other hand gets to see nearly every new high-end design because they are the de-facto sole provider of TCAM chips. Broadcom, in a sense is paying a premium to get this inside worldwide view into the customer base.

Switching to the other side, the FPGA camp. Cisco and Juniper built their businesses in the 1990s and 2000s off of custom ASICs fabricated at IBM and TI. The development teams still consist mostly of ASIC designers. They have been asked to rely less on ASICs and more on FPGAs because they never generate high volume. The design flow of FPGAs is like ASICs which is a big plus. What Xilinx and Altera figured out several years ago is that if they bolted on the fastest Serdes to their latest chips, they would attract more design wins. Altera of late is doing the best at pushing Serdes speeds. Whereas in the 1990s, FPGAs were used for simple bus translations, in the 2000s they became standard front ends to many line cards because of the Serdes speeds and flexibility.

Turning to this decade, the FPGAs are being used more and more for building data buses, deep packet inspection and even traffic management. If Xilinx and Altera offered unlimited gates at a reasonable price, the likelihood is that they would own most of the line card. There is one area that they are coming up short and I expect this will be corrected soon. The networking line card needs some amount of high level processing. Traditionally, this has been MIPs and recently Intel has shown up. FPGAs need to incorporate processors and have a clean interface into the high-speed fabric.

At the 28nm process node, Altera and Xilinx are attempting to take it one step further in their ability to be more economical by offering more gates at the same price. Xilinx is pushing the envelope on gate count by utilizing 3D package technology. This should allow them to effectively double the gate counts at less than 2X the cost.

Altera’s approach is to set aside silicon area for customers to drop in their own IP block. A customized solution that may be of benefit to the Cisco and Juniper’s of the world who don’t like to share their company jewels. There is a metal mask adder but it is still a time to market and lower cost alternative to a full ASIC. I call this approach a “Programmable ASSP” because it combines the benefits of both.

In the short term there will be no clear-cut winner as both approaches have benefits and a preference to design engineers. There is however a longer term financial aspect that can sway the market and it is that the FPGA vendors have a much higher margin structure than Broadcom and the rest of the ASSP vendors. Altera and Xilinx have 14 – 18% higher gross margins but more importantly the operating margins are over two times greater. It comes down to R&D. Altera and Xilinx get much more for their R&D dollar than Broadcom or Netlogic. All this seems to lead to the conclusion that Altera and Xilinx have the advantage in their ability to explore ways of crafting new solutions in the communications space.

Broadcom has a lot to prove over the coming months. In the announcement, they forecasted that the Netlogic acquisition would be accretive. Netlogic’s TCAM business is sound, however it hasn’t grown to the level expected with the rollout of IPv6. More significantly for Broadcom is the fact that the processor business is expensive. Unlike the PC market, the NPU market never achieved the multibillion-dollar size that many analysts expected a decade ago. It is, according to the Linley Group roughly $400M in size, which is relatively small for the investment needed at 28nm and below.