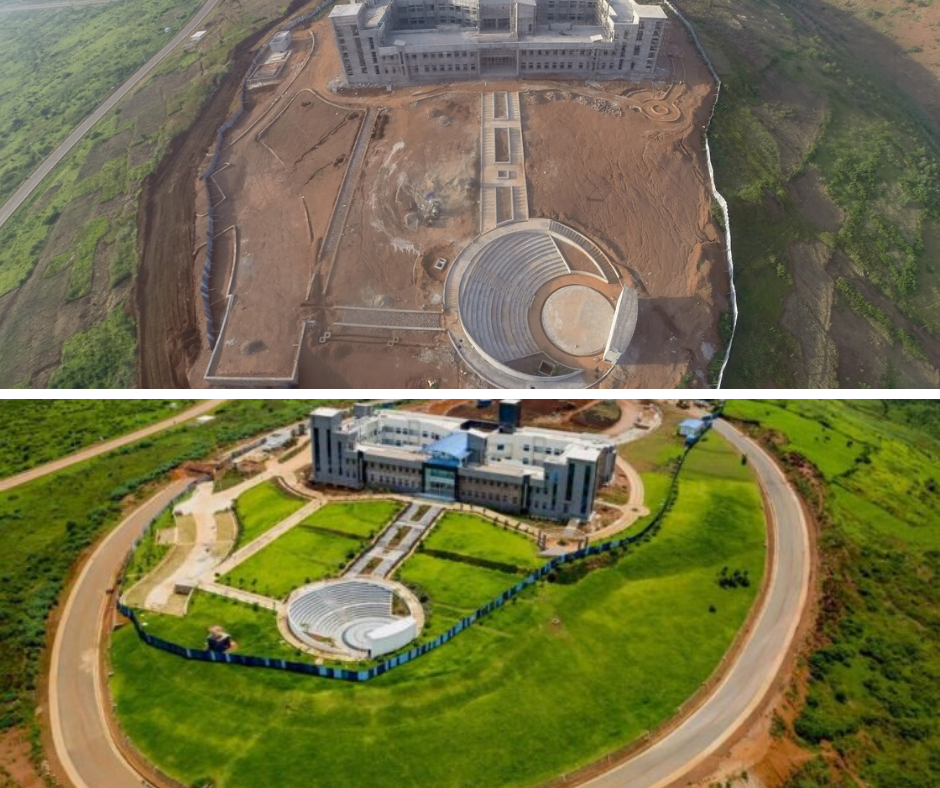 A multi-billion dollar project inspired by America’s Silicon Valley for the production and development of technological advancement is being built in Rwanda’s capital, Kigali.

This is an innovative effort, the first of its kind on the continent. The aim is to build a critical mass of talent, research and innovative ideas that will transform the continent. The government of Rwanda plans to attract both domestic and foreign universities, technology companies, biotech firms, agriculture, healthcare and financial services; infrastructure including commercial and retail real estate.

According to Paula Ingabire, Rwanda’s Minister of ICT and Innovation, the KIC project has set itself the objectives of creating more than 50,000 jobs, generating $150 million in ICT exports per year and attracting more than $300 million in foreign direct investment.

The project started in 2018 and its said to cost $2 Billion US Dollars. I believe this is the kind of initiative the rest of African leaders/governments should emulate instead of promising jobs that no longer exist to the masses as a means to secure more votes.

Times are changing, and so should the approach to solving economic/social ills. The new era being ushered in by Industry 4.0 demands that people be given the right resources/infrastructure, and in so doing, they’ll create their own employment/livelihoods. As mentioned in my new book  Disrupt Yourself Or Be Disrupted, “You can do more today with your life having just an internet connection and that’s an opportunity our parents and grandparents never had.”

And so, Rwanda is committed to becoming the gateway to a technologically developed Africa and it is realizing this with a consistent development strategy that is a sight to behold. Rwanda is one of the world’s fastest-growing economies and leads the African continent in technological advancement and infrastructural development.

Rwanda is yet again preparing to build a $5 billion US Dollar model green city in Kigali from January 2020. This will also be the first in Africa – to focus on green technologies and innovations for green and climate-resilient urbanization.

Many African nations complain about the negative impact on their development resulting from the legacy of colonialism which positioned Africa to be perpetually at the mercy of the Western World however Rwanda has chosen the noble and daring act of rewriting the script of her future. Rwanda is consciously positioning herself for the Fourth Industrial Revolution(4IR) and genuinely giving the future generations tools to succeed in an era of exponential technologies.

In the 21 years since the 1994 genocide, Rwanda has come a long way. Despite a near-total lack of natural resources, the country continues to rise, making it one of the fastest-growing economies in the world. One key to this turnaround is technology. It seems that President Paul Kagame; also known as the “digital president” is positioning the country for an extraordinary leapfrog in the Fourth Industrial Revolution.

“We want technology to sort of permeate all the professions, all the jobs,” says Jean Philbert Nsengimana, Rwanda’s Minister of Youth and Information Technology.

It’s really interesting to note that Rwanda has a Minister of Youth and Information Technology. This means the country is paying attention to its greatest asset – the youths!

Hopefully, the rest of the continent is watching and learning from Rwanda – a purposeful Government and leadership abreast with what is trending, positioning itself to be a reference point for economic advancement and innovation through cutting edge technology

In my new book, Disrupt Yourself Or Be Disrupted, I mentioned that “Africa’s hopeful transformation lies in viewing entrepreneurship as a viable career path, not only as a last resort for joblessness. As the Fourth Industrial Revolution takes centre stage, Africa needs more entrepreneurs, innovators, start-ups, disruptors, inventors, pioneers and thought leaders and we cannot afford to be reckless about what will transform our continent.”

The time for disruption is now! The Fourth Industrial Revolution is Africa’s greatest opportunity to leapfrog and compete on a global scale.

“The Fourth Industrial Revolution is not about technology; It is about a new era, new ways of thinking and new ways of doing business” ~Nicky Verd

We have a continent to build! We are the heroes we’ve been waiting for. Wakanda is Real!

Get My New Book “Disrupt Yourself Or Be Disrupted” – A book born out of an authentic passion to ignite human potential in an era of Artificial Intelligence(AI). You cannot out-work, out-learn or out-efficient the machines but you can out-human them! 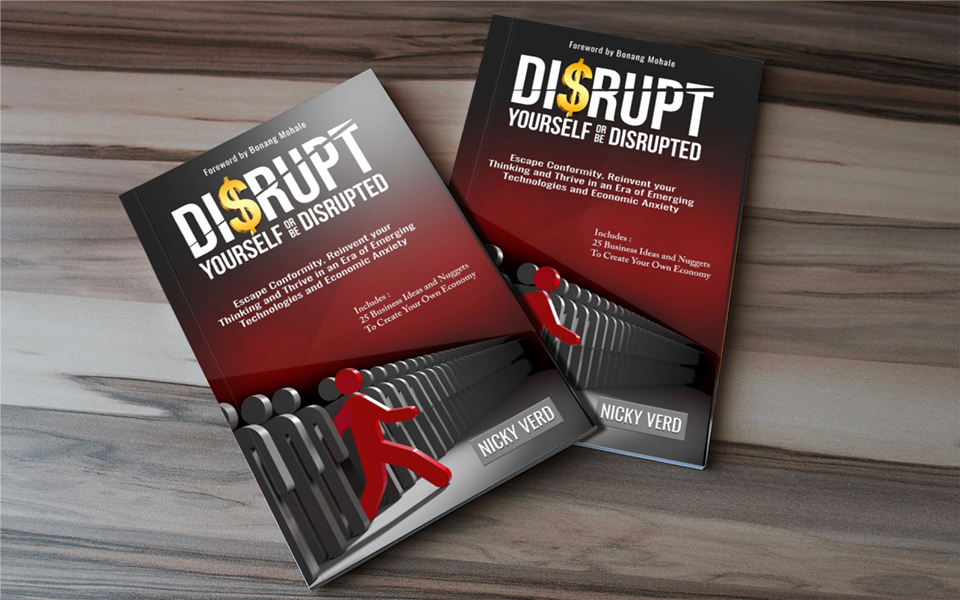