TCAD is a somewhat specialized area since not that many people design semiconductor processes compared to the number who design chips. Bit without TCAD there would be no chips. One area where the two domains intersect is that of SEE, where neutrons (mainly) can cause a flop or a memory bit to change. Since we live on a radioactive planet that is not going away and the smaller a transistor the less it needs to flip it.

Silvaco have a webinar coming up on the topic titled Simulating Total Dose, Prompt Dose, Damaging Fluence and SEU Using TCAD. It is Tuesday February 17th from 10-11am Pacific time. Her is what it will cover: 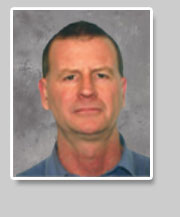 The presenter is Derek Kimpton, Principal Applications Engineer at Silvaco, who spent four years characterizing radiation effects on devices at Plessey Semiconductors in Lincoln, England. Whilst there he published the paper in Solid-State Electronics on a new and predictive total dose oxide charging model, that is the basis for the code implemented in Silvaco’s latest TCAD Victory Device simulator.

Who should attend? Well, all in the radiation effects community, with an interest in the simulation of radiation effects on electronic devices using physics based (TCAD) tools. But given that all chips are affected by radiation then everyone is at least peripherally affected by this. So although this is an area of increasing importance even to people who think it doesn’t affect them.

For more details and to registration are here.