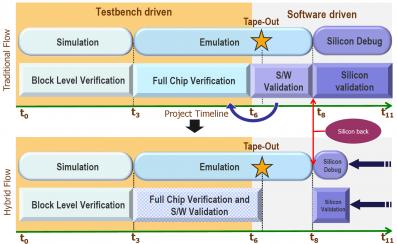 We have seen methodology shifts in our industry; emulation is going through a fundamental shift in usage, scope of the tasks, deployment, enterprise level and vertical market focus.

During the first half of 2017, the Mentor emulation team and our customers participated in the Mentor U2U Silicon Valley event, as well as the second annual Mentor/ARM Summit. What our customers talked about, in terms of how they use Veloce in their functional verification process, leads me to believe that the use of emulation continues to grow in ways that defy the historical view of emulation. Customer speakers included Cavium, Palo Alto, Samsung, Starblaze and Spreadtrum at U2U 2017, and ARM and Samsung at the Mentor/ARM Summit 2017. Below is a quick overview of those presentations.

Anakit described how their verification flow, built around the Veloce emulation platform, deploys a virtual mode where two critical aspects of the virtual environment are of utmost importance.

The results Anakit and Nimalan presented were significant. Including a project timeline shortened by several months because software validation was carried out during full chip verification, and silicon debug and validation only needed a couple of weeks after tape-out (figure 1).

Figure 1: Software validation of the SDN switch completed during full chip verification, while silicon debug and validation happened in a matter of weeks after tape-out.

Hung started by setting the stage for augmenting simulation with emulation running more than 100k Ethernet traffic packets at full chip level in about one hour. He proceeded to describe the adoption of a UVM-based methodology and highlighted the changes required to move to emulation.

Hung concluded with an impressive summary of results.

Starblaze’s verification and validation approach required a high-performance system that came as close as possible to the real chip environment, and provided powerful debug capabilities. The Veloce emulation platform was the ideal choice. When deployed in virtual mode, all peripherals exist in software models providing full control and visibility of the emulation environments, DUT, peripherals and interfaces (figure 3).

The Samsung presentation focused on the various methods to perform embedded software validation supported by Veloce. These include physical JTAG probes and virtual JTAG probes. Ultimately, the focus was on virtual probes, and the many advantages over physical probes. More specifically, maintaining a 1:1 speed ratio between the JTAG clock and the emulator clock.

Two types of DFT methods were emphasized, SCAN and MBIST. In deploying them, the Veloce DFT App addressed the following challenges:

[*=1]Easy bring up of the test environment in half-day.
[*=1]Run-time of ~3secs on one typical pattern: ~12,000X improvement over simulation
[*=1]Support for full visibility and file system database (FSDB) waveform dump

SCAN:The Veloce DFT App produced results in around one minute compared to four hours using simulation. When used together, the Veloce DFT App and Veloce Power App made it easy to identify peak power zones of activity during DFT emulation and generate the activity plot, and SAIF, FSDB waveforms (figure 4). 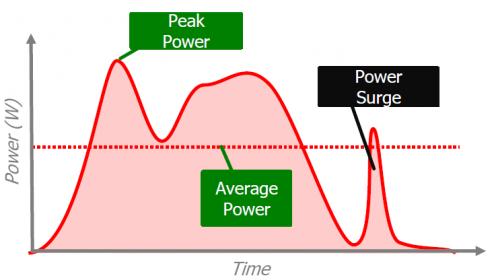 Pranab gave an overview of the primary reasons ARM uses emulation. To accelerate verification, system-level debug, validation of GPU configuration and software validation. The majority of the presentation looked at how Veloce Power App is used to analyze and debug power issues.

Nasr began by highlighting the importance of a completely integrated flow for semiconductor design—from architecture (modeling) to design and verification (RTL) to manufacture (silicon).

During the architectural to RTL design and verification stages, there is great value in having the tools and methodologies that ensure correlation from one stage to the next A hybrid simulation-emulation is part of Samsung’s approach to make this happen. 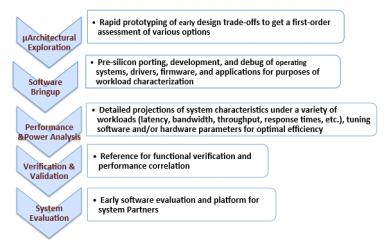 Figure 5: The variety of uses for a co-simulation-emulation environment.

Nasr then covered the important hybrid use requirements that make a co-simulation-emulation environment a powerful approach for verification.

To close the presentation, Nasr gave a look into the potential upside of a hybrid model and how using this model can be achieved.

Figure 6: The potential use of a hybrid emulation model.

Conclusion
It is really fulfilling to see a wide variety of new emulation use models, with real life production data, shared at public forums. The Veloce platform continues to be the “emulator of choice” in the Networking segment because of its superior co-model channel. In the Storage space, Veloce’s virtual attributes are a game changer to accelerate the design and verification of complex SSD devices.

The new paradigm in HW/SW debug as presented by Nasr Ullah from SARC is opening new doors to usage at a much higher-level abstraction, and much sooner in the design cycle. In addition, in every market segment, Veloce DFT App is gaining momentum and usage because the value proposition is undisputable and customers understand it well. There is no doubt that it is a very exciting time to be in the Emulation space.