In our previous post on SoC memory resource planning, we shared 4 goals for a solution: optimize utilization and QoS, balance traffic across consumers and channels, eliminate performance loss from ordering dependencies, and analyze and understand tradeoffs. Let’s look at details on how Sonics is achieving this.… Read More 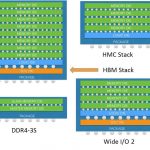