There are currently a number of attractive markets for technology oriented businesses to pursue. One such area is the 5G cellular market with opportunities to develop products for many use cases. A recent Ericsson Mobility Report forecasts incredible growth opportunities for various use cases within the cellular market. For… Read More

Over the last decade or so, the automotive industry has been rapidly adopting and deploying innovative and revolutionary technologies in automobiles. One such revolution is the autonomous vehicle technology. While this technology is not fully mature yet, some components of this technology are. Many late model automobiles… Read More 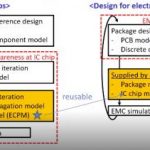 At the risk of highlighting my abundant lack of expertise in the domain, I had always viewed EMC (electromagnetic compatibility) compliance and testing as one of those back-end exercises that can only be done on the real device and depends on a combination of expertise and brute-force in chip/package/module/system design (decaps,… Read More

Once upon a time, one wireless base station (BTS) was expected to support one, and only one wireless protocol, like GSM (2G), first deployed in Finland in 1991, or CDMAOne (also 2G) developed by Qualcomm and released through the TIA in 1995. Just a precision: the GSM modem speed was reaching 14.4 Kbps (with only 9.6 Kbps usable by end-user)… Read More

As an occasional rider of the rails in the U.K., I am charmed by the unusual station names. Unfortunately my exposure is limited for the most part to the short run from Euston Station in London to Milton Keynes – the planned city regarded with great disdain by most Brits.… Read More

V2X stands for Vehicle to Everything and to be specific, V2X technology connects vehicles to other vehicles (V2V), infrastructure (V2I), motorcycles (V2M) and pedestrians (V2P) within wireless range for safety and mobility applications. If you consider that the US Department of transportation (USDOT) is expected to publish… Read More