Register / Log In
Guests have limited access.
Join our community today!
You are currently viewing SemiWiki as a guest which gives you limited access to the site. To view blog comments and experience other SemiWiki features you must be a registered member. Registration is fast, simple, and absolutely free so please, join our community today!
eSilicon Just Taped-out a SonicsGN-based SoC. And It’s Not a Secret
by Paul McLellan on 02-24-2015 at 7:00 am
View Profile
View Forum Posts

I slipped into the shadows at the back of the bar in the Tenderloin. Mid-afternoon on a weekday, almost nobody in there.

“I can’t confirm that,” the man said.

“That’s not what it stands for,” he said indignantly. “It’s the National Security Agency. We ensure…well, … Read More

Earlier this week I moderated a webinar at Sonics entitled NoC 102: Using SonicsGN to Address Low Power Requirements. Drew Wingard, the CTO of Sonics, presented it. It goes without saying that power is a major concern in SoC design, not just with chips for battery powered devices but also tethered devices. A major cost of ownership… Read More

There is never enough memory bandwidth. Well, occasionally there is but many SoCs have lots of blocks that communicate through memory, typically off-chip DRAM. In 2001 Sonics created their first solution to this problem with MemMax technology that was incorporated into their SonicsSX product. This has been used in over 100 designs… Read More 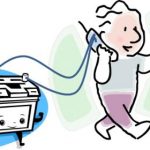 Everyone understands that as we increasingly focus on the design of mobile devices, there is an increasing focus on low power. But, what is implied in designing for low-power? Designing for low power means we have to work with multiple power domains and multiple clock domains—making our design task more complex. We also must get… Read More