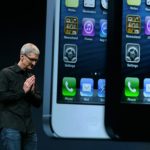 I’m in a Twitter conversation with some friends, with the subject: how many phones can Apple ship in the 4th quarter?

A respected analyst said 52M is “an easy mark” for Apple; others are saying 58M is the target for just the iPhone 5 in 4Q. However, the start for the iPhone 5 has been anything but easy. Oh, the orders… Read More

During the weekend, I read two articles that highlighted Apple’s LCD supply chain build out and started to think of how this would look if Apple were to do the same on the x86 side of the ledger. The two articles, one related to Hitachi and Sony building a new 4” LCD for iphones and a more extensive one on Sharp building a new LCD for the iPAD3… Read More