The rationale behind the Tower Semi acquisition and things to watch out for at Intel’s investor day.

Intel bids for Tower Semi
First I have to quote myself because Tower was an error of omission. In November in a piece that was likely too long for its own good, I mentioned that trailing edge fabs are in a huge position of strength… Read More

Highlights of the TSMC Technology Symposium 2021 – Silicon Technology
by Tom Dillinger on 06-13-2021 at 6:00 am
Categories: Events, Foundries, TSMC

Contact over Active Gate Process Requirements for 5G
by Tom Dillinger on 07-01-2020 at 6:00 am
Categories: 5G, Events, FinFET, Foundries, GLOBALFOUNDRIES

Summary
A recent process enhancement in advanced nodes is to support the fabrication of contacts directly on the active gate area of a device.  At the recent VLSI 2020 Symposium, the critical advantages of this capability were highlighted, specifically in the context of the behavior of RF CMOS devices needed for 5G designs. 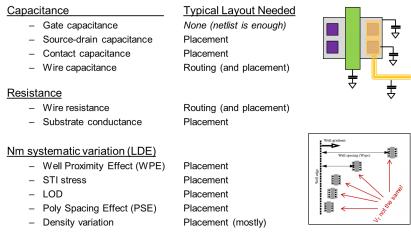 As analog and mixed-signal designers move to very advanced geometries, they must grapple with more and more complex considerations of the silicon. Not only do nanometer CMOS devices have limitations in terms of analog-relevant characteristics such gain and noise performance, but they also introduce new sources of variation… Read More