The Unreasonable Effectiveness of Neural Nets
by Bernard Murphy on 10-05-2016 at 7:00 am
View Profile
View Forum Posts

In 1960, the Nobel-winning theoretical physicist Eugene Wigner published an article titled “The unreasonable effectiveness of Mathematics in the Natural Sciences”. His point was that, at least in the physical and chemical worlds, mathematics is able to describe the behavior of nature to an uncannily accurate degree, which… Read More 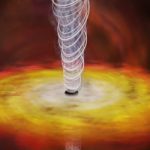 Ever since the announcement in early July from CERN that they likely have, probably, finally found the Higgs boson, I’ve been thinking about what quantum mechanics means to our daily ‘classical model’ existence. On the surface, nothing. The most fantastical aspects of quantum mechanics, like uncertainty, tunneling and the … Read More