80% of specification optimization and almost 100% of the performance/power trade-offs can be achieved during architecture exploration of product design.  RISC-V offers a huge opportunity with lots of pipeline and instruction set enhancement opportunities.  Can it really attain the utopian success that people are looking… Read More

The Easy Path to Maximum Performance-per-Watt on Arm® Neoverse™ Cores With Fusion Compiler
by Admin on 05-26-2021 at 12:00 am
View Profile
View Forum Posts

Arm’s family of Neoverse™ cores – the latest of which, the Neoverse N2 and V1 – target high-end infrastructure applications and are set to play a central role in the next generation of data center, high-performance computing (HPC), 5G and AI SoCs. Extracting the maximum performance-per-watt for SoCs targeting these applications… Read More 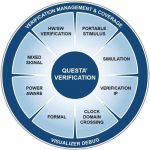 The server market has been undergoing changes in the last few years. The traditional go-to for server processors had been x86 based chips from Intel or AMD. However, if you go on Amazon AWS looking for EC2 instances, you will see the “A1” instance type, which is an ARM based instance. This is not what you might think at first. The A1 instance… Read More