At the Microsoft Ignite Conference in Atlanta, Microsoft announced a series of major capabilities across Windows, Office, Azure, Dynamics and Cortana. Microsoft’s CEO Satya Nadella highlighted, like he has in so many other of his big-tent speeches, the importance of enabling IT to drive the digital transformation in businesses… Read More

The rapid evolution of the #IoT market has caused an explosion in the number and variety of IoT solutions. Additionally, large amounts of funding are being deployed at IoT startups. Consequently, the focus of the industry has been on manufacturing and producing the right types of hardware to enable those solutions. In current … Read More

When will Internet of Things really arrive?
by Sudeep Kanjilal on 05-15-2016 at 12:00 pm
View Profile
View Forum Posts

A lot of ink has been spilled regarding the impending tsunami of Internet Of Things (IOTs). It is certainly an interesting topic, and not just for geeks. As the next generation computing platform, IOT will see an explosion of connected device (wearables, intelligent refrigerators, smart thermostats, etc.), currently estimated… Read More 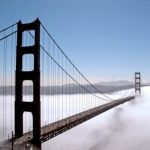