The Design Automation Conference (DAC) is the premier event devoted to the design and design automation of electronic systems and circuits.
DAC focuses on the latest methodologies and technology advancements in electronic design. 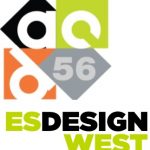 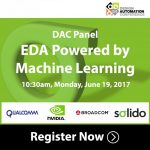 DAC is upon us again! The Design Automation Conference holds special meaning to me as it was the first technical conference I attended as a semiconductor professional, or professional anything for that matter. That was 33 years ago and I have not missed one since. This year my wife and I both will be walking the DAC floor and it would… Read More 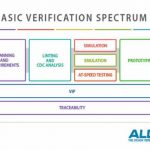 There’s a small art gallery near the office. It features a new set of paintings by a local artist every two weeks. As I walk by I tend to check out what’s hanging in there. Sometimes I turn up my nose at what I see – a bit too wacky, a bit too abstract, a bit too paint by numbers. Sometimes I walk in to take a closer look but leave the shop empty-handed… Read More

Ten Things to Do in San Francisco the Way the Locals Do
by Paul McLellan on 05-19-2015 at 7:00 am
View Profile
View Forum Posts

DAC is in San Francisco, of course, and perhaps you have a day or two to do explore the city. Guidebooks will tell you to visit most of these places but there are much better ways to see them than they typically recommend. Follow these instructions and pretend you are a local.

1. Ride a Cable Car. But don’t wait in line for 45 minutes at Union… Read More

If you’ve been following DAC general chair Anne Cirkel’s weekly blog, you know the conference program is now final. There’s much to suggest it will be a great DAC, including a record number of submissions in several content categories and a compelling lineup of keynoters. The week will start with an update on Google’s smart contact… Read More

The connected car movement is in full bloom, making headlines in the trade media on how the cutting-edge electronics will transform the twenty-first century driving experience. However, a closer look at the Internet of cars juggernaut shows that safety and security of the networked vehicle are still a major stumbling block.… Read More

DAC starts in San Francisco on June 8th. The kickoff keynote at 9.20am that morning is by Brian Otis of Google. He is a director at Google[x]. According to Wikipedia:Google X, stylized as Google[x], is a semi-secret facility run by Google dedicated to making major technological advancements. It is located about a half mile from … Read More