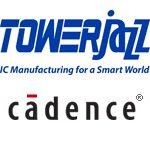 TowerJazzis a specialty foundry that provides IC manufacturing into several markets, like: RF, high-performance analog, power, imaging, consumer, automotive, medical, industrial and aerospace/defense. In June there was a presentation from Ofer Tamir of TowerJazz at DACin the Cadence theatre, so I had a chance this week … Read More 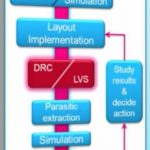 I first visited STat their Agrate, Italy site where Flash memory development is done. At DACthis year Antonio Bogani talked about how ST designs with LDE while using EDA tools and a PDK (Process Design Kit) from Cadence. They recorded the 17 minute presentation, and you can view it herewithout having to register. Antonio’s… Read More

Gary Smith once again wore his signature white coat and extolled the virtues of system level design and automation. The room at the Intercontinental was packed, and the folks in the hallway outside were noisy as usual, eager for the party to start after Gary finished.… Read More

The annual Design Automation Conference (DAC) is a big deal and should be of interest to students considering a career in developing software to help automate some of the toughest design and verification challenges in SoC design. Maybe the cost of attending and traveling to DAC is an issue for you. The organizers of DAC are continuing… Read More

DAC is in the first week of June in San Francisco as I’m sure you already know if you are reading this. Historically DAC has focused on electronic design automation (EDA) and embedded software and systems (ESS). This year there are three new areas: automotive, Intellectual Property (IP) and security. 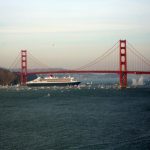 The deadline for panel sessions, workshops, tutorials and co-located conferences for DAC 2014 is October 21st. That’s next Monday!

DAC 2014 will not only focus on EDA and embedded systems and software but
also include: