Register / Log In
Guests have limited access.
Join our community today!
You are currently viewing SemiWiki as a guest which gives you limited access to the site. To view blog comments and experience other SemiWiki features you must be a registered member. Registration is fast, simple, and absolutely free so please, join our community today!
Webinar: Fastest Lowest-Cost Route to Developing ARM based Mixed Signal SoCs
by Daniel Nenni on 03-28-2018 at 7:00 am
View Profile
View Forum Posts 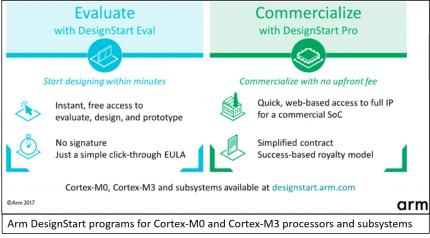 When it comes to building edge devices for the internet-of-things (IoT), you don’t want to have to break the bank to prototype an idea before diving into the deep water. At the same time, if your idea is to shrink an edge device down to it’s smallest dimensions, lowest power and lowest cost, you really want to be able to prototype your… Read More 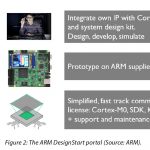 In the wake of the many mega mergers and consolidation in the semiconductor and electronics space, it is easy to say that opportunities for smaller companies are shrinking. Indeed, quite the opposite might be true. The larger companies, like Broadcom, ARM, Qualcomm, Analog Devices, Microchip, Maxim and Infineon (to name a few)… Read More

Someone once said that IoT devices live in the wild. They must be able to withstand any number of attacks, whether they be communication, physical or software based attacks. The threats are real and the consequences can range from simple irritants to life threatening situations.

About 13 months ago, the leak blogs posted news of “Artemis” on an alleged ARM roadmap slide, supposedly a new 16FF ARM core positioned as the presumptive successor to the Cortex-A57. Now, we’re finding out what “Artemis” may actually be, inside a multi-core PPA test chip on TSMC 10FinFET.… Read More

The Internet of Things (IoT) juggernaut has unleashed a flurry of low-power microcontrollers, and in that array of energy-efficient MCUs, one product has earned the crown jewel of being the lowest-power Cortex M-based solution with power consumption down to 35µA/MHz in active mode and 200nA in sleep mode.

How do we know if Atmel… Read More