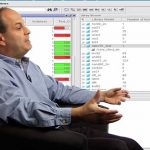 Auto makers have historically been accused of things like planned obsolescence – redesigning parts to make repairs painfully or even prohibitively expensive – and the “warranty time-bomb”, where major systems seem to fail about a week after the warranty expires. Optimists would chalk both those up to relentless innovation,… Read More