For 20 years the concept of emergency response has been one of the most tired, uninteresting sectors of the automotive industry. General Motors introduced OnStar automatic crash notification 26 years ago and that application has long been considered the end of the story.

The shutoff of 3G wireless networks and the resulting … Read More 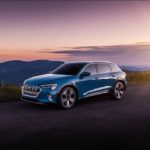 My Lyft driver in San Jose thought his Hyundai had “autopilot,” alluding I suspected, to Tesla Motors’ feature of the same name which has placed that company at the forefront of driving automation development and the focal point of fatal crash investigations. Before either of us got hurt I gently disabused my driver of his dangerous… Read More