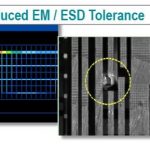 Reliability for ICs is a big deal because the last thing that you want to do is ship a new part only to find out later in the field that there are failures not being caught by testing. I’ve already had two consumer products fail this year because of probable reliability issues: My MacBook Pro with 16GB of RAM started rebooting caused… Read More

ANSYS acquired Apache Design Automation back in June 2011and three years later the name “Apache” is being subdued in favor of using just ANSYS. One thing that I noticed right away was a DACfocus on having actual ANSYS customers talk about their hands-on experience using the EDA tools. The following seven customers… Read More

Who Won the DesignVision Awards at DesignCon this year?
by Daniel Payne on 02-07-2014 at 7:37 pm
View Profile
View Forum Posts

The Seattle Seahawks had an awesome victory in the SuperBowl against the Denver Broncos, so folks living here in the Pacific Northwest are feeling proud and optimistic. The recent DesignConconference and exhibit ended 10 days ago and there were also victors announced in terms of the annual DesignVision awards that have three … Read More 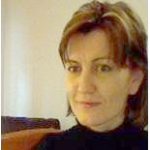 Cornelia Golovanovworks at LSI Corp in Pennsylvania and is an EMI expert that provides EDA tool and methodology advise to design groups. She earned a PhD in microelectronics and radioelectricity from the Institut national polytechnique de Grenoble, and joined Lucent out of school 12 years ago. We had a chance to talk by phone about… Read More

We all knew that Apache had filed for an IPO earlier and were just waiting for the timing and price to be revealed. Rumors have been circulating about an acquisition and today we know that the rumors were true asAnsys paid $310 million in cash for Apache.

Ansys stock has surged some 35% over the past twelve months: