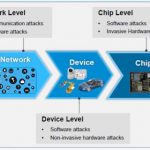 What if you and I want to exchange encrypted messages? It seems like something that will increasingly be desired given all the NSA/Snowden revelations and all the other snooping shenanigans. The joke going around is that the motto of the NSA is really “Yes We Scan,” which sort of sums it up.