Powering the Next Generation of Hearables and Wearables with Chipus
by Mike Gianfagna on 11-16-2020 at 10:00 am
View Profile
View Forum Posts

Chipus is an interesting company. It’s been around since 2008 and focuses on mixed-signal ASICs, intellectual property blocks and IC design services. They are headquartered on the island of Florianopolis, which is described as the most dense startup ecosystem in Brazil. The company has substantial skills in analog and mixed… Read More 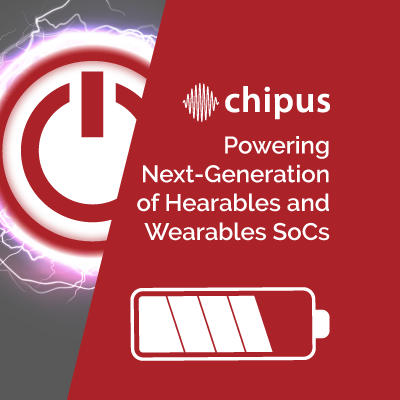