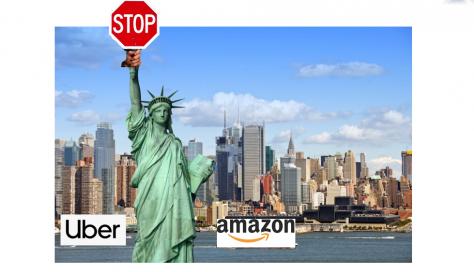 Pundits and pontificators are publishing viewpoints on a utopian future of smart cities and optimized transportation options populated with new mobility solutions ranging from automated ride hailing services to sharable bikes and scooters. In this halcyon view, the bikes and scooters and ride-hail cars will deliver passengers to public transit hubs while privately owned vehicles are prevented from entering the city center.

The stated objective of most of these operators, and their visionary supporters, is to separate people from car ownership. This goal is looking increasingly unlikely as frustration with these emerging alternatives grows and undermines the quality and reliability of the legacy solutions they seek to replace.

Ride hailing and bike and scooter sharing operators have opened a massive financial sinkhole in the middle of what was once a profitable industry built around ad hoc transportation options. In the process, these new operators have unleashed a race to the bottom endangering the quality of service for all while compounding traffic and emissions challenges for the public.

Ride hailing service providers from Grab to Gett to Yandex, Lyft and Uber are piling up billions of dollars in losses and looking to the public markets to bail them out. Bike and scooter sharing operators are cannibalizing one another’s businesses in a loss-producing tornado while complicating both pedestrian and vehicle traffic in most cities.

In the midst of this mobility maelstrom the busses, trams, taxis and subways plod on amidst a rising tide of Ubers and Limes and Birds jamming up streets and sidewalks and eroding revenues. Even Amazon has contributed to the mobility malaise with delivery vehicles parking hither and yon dropping off packages that might otherwise have arrived via existing postal services.I

nto the breech strides New York City. Widely perceived as having driven away Amazon and its HQ2 plans for Long Island City, the city is seen as a potential paragon standing in the path of e-commerce and mobility monopolists, Amazon and Uber.

In addition to spiking Amazon’s plans, NYC has capped the number of Uber drivers and may well do worse, in an effort to preserve transportation equity while preventing the status quo from deteriorating into ad hoc mayhem. NYC is not alone. Cities elsewhere in the world have either outright banned Uber for failing to do sufficient driver background checks or other certifications or have instituted discriminatory taxes to slow the onset of freelance ride hailing by non-professional drivers.The early promise of bike share operators such as LimeBike has deteriorated in the face of emerging scooter share companies. Where bike sharing might have forged a path to profitability, unprofitable scooter operators are stealing away customers jeopardizing both business propositions.

Lime has taken to expanding its portfolio to scooters and shared cars in a desperate stab at shoring ups its eroding market leadership and establishing some bona fide profitability in its operations. Most notable in Lime’s move is its introduction of car sharing – a clear indication that car sharing – unlike “ride sharing/hailing” – is perceived as a profitable model.

It’s becoming clearer, now, that cities will have to step forward to pick winners in this process of evolving transportation. Survival of the fittest is an unfit model for optimizing transportation options.

For New York City, 2019 is increasingly perceived as the year the political dam breaks and the local government, with the blessing of the state, turns to congestion charging. Cities like London and Stockholm have already taken that step.

What if every city required Uber/Lyft/Gett/Grab/Yandex/etc. to include local taxi providers in their apps as a prerequesite to gaining a local license? I’d be shocked if that hasn’t been tried and a growing roster of app providers from HERE Mobility to Splyt are already doing so. In fact, some ride hailing companies have already partnered with taxi operators outside their operating home base.

The real change this year will come from cities embracing this challenge and bringing together internal constituencies – bus, rail, tram and subway transit leaders, taxi and limousine regulators, bridge and tunnel operations, the public – to gather the relevant data and meet the challenge head on. The challenge of moving people within existing finite infrastructures cannot be solved by free enterprise alone and the fixation on convincing consumers to abandon car ownership must be set aside.

Finding fair, equitable solutions will be no easy task. The ultimate goal is livability including reducing emissions, increasing vehicle and pedestrian throughput and reaching zero roadway fatalities. The formula will vary from city to city and profitable operations should be a key criterion.

3 Replies to “Stemming Mobility Race to the Bottom”