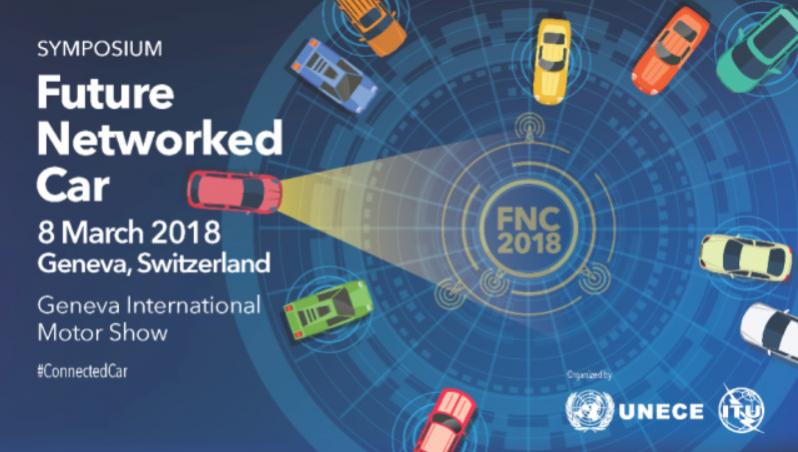 Today more than ever where you live may well determine what kind of car you drive. Federal governments and, lately, cities are stepping forward to determine what kinds of cars are available to consumers and how they will be built.

The latest such initiatives are efforts by the Trump Administration in the U.S. to explore lowering vehicle emissions standards while a German court decision has given German cities the right to ban diesel-powered cars.

These developments are part of the back drop to the 13th edition of the Future Networked Car Symposium convening at the Geneva Motor Show in the Palexpo convention center this Thursday, March 8. It is fitting that the event is hosted in Geneva by the International Telecommunications Union (ITU) and the United Nations Economic Commission for Europe (UNECE), both of which have offices nearby, and both of which are involved in standard setting and transportation regulations, respectively.

In a world of increasingly connected cars and transportation generally the rules are being rewritten every day regarding precisely what kind of cars will be available in the future. Regulators and government authorities are stepping in to steer auto makers toward making safer and cleaner connected, electrified and autonomous cars.

The Future Networked Car Symposium brings together regulators, standards-setting organizations, car makers and the broad supplier eco-system to discuss and debate the future of connected cars. Much is at stake including cybersecurity, privacy, data ownership and autonomous operation along with safety, efficiency and clean operation. This year’s presentations and discussions promise to be especially interesting in the context of recent technical and regulatory developments.

Some observers might be annoyed by all the regulatory attention focused on cars. U.S. President Donald Trump has made regulations his bete noire and has demonstrated his determination to remove any and all regulations. (Multiple auto industry suppliers have pushed back against lowering emissions and fuel efficiency standards.) Certainly car makers themselves have a long history of complaining about regulatory oversight of virtually all aspects of vehicle design.

Auto industry resistance suggests the industry doesn’t recognize good guidance when it gets it. There are good reasons for regulatory oversight. If car companies had been left to their own devices, we’d still have metal dashboards and soaring highway fatality levels throughout the world. It was government regulation that forced the adoption of safety measures from seatbelts to airbags.

Regulators have more recently turned their attention to the safety of pedestrians even as governments around the world continue to come to grips with deadly vehicle emissions. The latest efforts in Germany to limit the use of diesel vehicles in stifling cities such as Stuttgart, is an ominous sign of more severe measures to come if automakers fail to respond.

Congestion charging in cities such as London and Stockholm, now being contemplated by New York City (again), is yet another example of local efforts to restrict the use of cars as vehicular traffic threatens to overwhelm the transportation infrastructure. Actually, that may be the wrong tense – it appears that vehicular traffic has already overwhelmed the ability of the network to support it.

If there is a single trend that is likely to speed the development and adoption of connected, autonomous and shared transportation resources it is the actions of regulators and Federal and local governments. The U.S. is facing runaway demand for SUVs and other large vehicles in the context of congested roadways and rising highway fatalities. The congestion and fatalities – to say nothing of the emissions – represent a vested interest in intervention for local politicians who must cope with the consequences of inaction.

I am no fan of government intrusion, but it is clear that inaction is not an option. Car makers now more than ever need guidance and legislative support for their efforts to adapt their designs to the transportation network of the future.

The Future Networked Car Symposium 2018 at the Geneva Motor Show will be the perfect platform to conduct that debate from all angles. There is something of an irony that FNC 2018 is taking place in Geneva where hotel visitors are provided with free access to the local transit system in order to discourage them from bringing their personal transportation to the city. The Salon de l’Auto Geneve, itself, is notorious for highlighting fuel guzzling, emission spewing muscle cars for auto enthusiasts uninterested in self-driving technology. The two events represent an amusing juxtaposition.