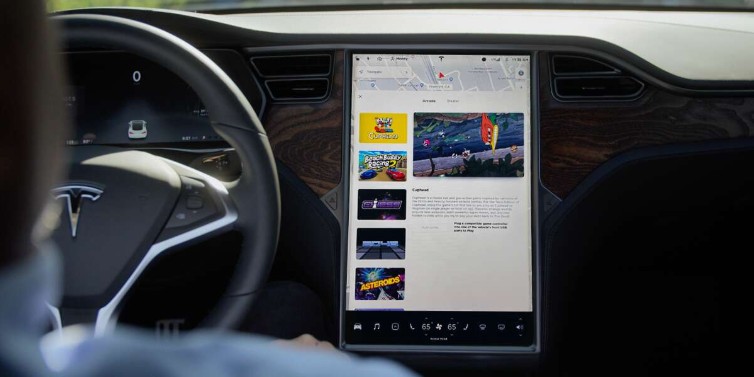 As technology consumers we make tradeoffs.

We let Google peer into our online activity and email communications and we even accept annoying advertisements tied to our browsing activity in order to access free email and browing. We tolerate smartphones with diminishing performance from Apple – even after Apple admits that the diminishing performance is deliberately-inflicted obsolescence to push us into our next iPhone upgrade. We accept Tesla’s privacy violations in exchange for an awe-inspiring driving experience and software updates.

Along the way we have surrendered our privacy and so much more. Now Tesla Motors may be asking us to surrender free over-the-air broadcast radio.

According to the notes describing the latest software update for owners of 2018-made Tesla’s and earlier (using MCU-1) the latest optional software update (which carries a $2,500 price tag but adds Netflix, Hulu, Youtube, and Twitch) removes AM/FM radio and SiriusXM. This is the often-cited downside of software updates – the potential to obtain improved system performance while sacrificing previously desirable functionality.

While Tesla’s decision only impacts older Tesla’s, it nevertheless highlights the strangely tortured relationship between the broadcast radio industry and Silicon Valley. The issue is a common thread traceable to Apple’s refusal to activate the FM chips built into its phones – and Google’s decision to ignore “terrestrial” radio as part of either Android Auto or Google Automotive Services.

Google, Apple, and Tesla have all turned their backs on the broadcast radio industry in spite of the wide reach of radio – a reach that exceeds that of television – and the fact that it is free, localized content ideally suited to consumption in a mobile environment. Tesla’s decision likely only affects a sliver of Tesla owners given the cost of the optional upgrade and the limited in-vehicle enhancements, but it has the ominous tinge of something more sinister.

The Tesla softwae update, focused as it is on adding streaming video AND a $9.99/month subscription – for owners not already on the company’s premium service tier – points to a streaming-only approach to content delivery. Just as satellite broadcaster SiriusXM felt compelled to offer an IP version of its content, Tesla appears inclined to shift all content delivery to IP reception.

The strategy makes sense for a company delivering cars on multiple continents with varying local broadcast protocols and metadata. Shifting radio reception to IP delivery vastly simplifies the in-dash configuration and, in the long run, may enable some hardware content reduction in the form of deleted tuners and antennas. This is particularly relevant in the run up to 5G adoption – a technology upgrade that will require the additional of multiple antennas.

Tesla vehicles in North America have always come with TuneIn – so, now, TuneIn becomes the preferred radio IP broadcast point of aggregation. In fact, it is quite possible that Tesla has leveraged user data from its own vehicles to determine that radio listening in its vehicles was sufficiently minimal to be worth risking some minor resistance.

More importantly, the software update removing the radio experience is optional. Maybe the offer is a test to determine the customer reaction to a tradeoff of streaming video and improved user interface performance with the sacrifice of broadcast radio for $2,500? Is the offer a bit of a market research project? Anything is possible from Tesla, which has altered its pricing and discounts on multiple occasions in response to market conditions.

But the inclination to delete radio is a popular behavior pattern in Silicon Valley where Google and Apple have treated broadcasters with disdain. Is this approach sustainable? Is it tolerable? Where can an outraged consumer turn to protest?  Will there be consumer outrage? Should there be? Is it time for an in-vehicle radio mandate to ensure that emergency communications – at least – can be broadcast into cars?

I’m not going to cry wolf. And I’m not going to play Chicken Little. I will say that the radio industry offers contextually relevant and reliable content delivery with a broad reach across a wide range of devices and listening environments. Deleting radio from cars – terrestrial or satellite-based – tears at the fabric of our social connectedness.

The marginal cost of preserving terrestrial broadcast connections – particularly in the context of radio’s ongoing global digital transition and the resilience of the medium during emergencies – ought to place this particular content reception experience in a non-delete category. Tesla doesn’t appear to share this view and Tesla is not alone. Once again, Silicon Valley is asking us to surrender one thing in exchange for another. Yesterday it was our privacy. Today it is the radio. Tomorrow it will be our freedom.