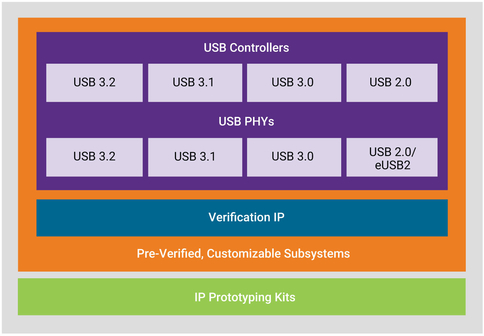 Universal Serial Bus (USB) is an industry standard that establishes specifications for cables and connectors and protocols for connection, communication and power supply between computers, peripheral devices and other computers. Released in 1996, the USB standard is currently maintained by the USB Implementers Forum (USB-IF). There have been four generations of USB specifications: USB 1.x, USB 2.0, USB 3.x and USB4.

USB was designed to standardize the connection of peripherals to personal computers, both to communicate with and to supply electric power. It has largely replaced interfaces such as serial ports and parallel ports, and has become commonplace on a wide range of devices.

USB connectors have been increasingly replacing other types for battery chargers of portable devices.

Objectives
The Universal Serial Bus was developed to simplify and improve the interface between personal computers and peripheral devices, when compared with previously existing standard or ad-hoc proprietary interfaces

From the computer user’s perspective, the USB interface improved ease of use in several ways. The USB interface is self-configuring, so the user need not adjust settings on the device and interface for speed or data format, or configure interrupts, input/output addresses, or direct memory access channels. USB connectors are standardized at the host, so any peripheral can use most available receptacle. USB takes full advantage of the additional processing power that can be economically put into peripheral devices so that they can manage themselves; USB devices often do not have user-adjustable interface settings. The USB interface is “hot pluggable”, meaning devices can be exchanged without rebooting the host computer. Small devices can be powered directly from the USB interface, displacing extra power supply cables. Because use of the USB logos is only permitted after compliance testing, the user can have confidence that a USB device will work as expected without extensive interaction with settings and configuration; the USB interface defines protocols for recovery from common errors, improving reliability over previous interfaces. Installation of a device relying on the USB standard requires minimal operator action. When a device is plugged into a port on a running personal computer system, it is either entirely automatically configured using existing device drivers, or the system prompts the user to locate a driver which is then installed and configured automatically.

For hardware manufacturers and software developers, the USB standard eliminates the requirement to develop proprietary interfaces to new peripherals. The wide range of transfer speeds available from a USB interface suits devices ranging from keyboards and mice up to streaming video interfaces. A USB interface can be designed to provide the best available latency for time-critical functions, or can be set up to do background transfers of bulk data with little impact on system resources. The USB interface is generalized with no signal lines dedicated to only one function of one device.

Limitations
USB cables are limited in length, as the standard was meant to connect to peripherals on the same table-top, not between rooms or between buildings. However, a USB port can be connected to a gateway that accesses distant devices. USB has a strict “tree” topology and “master-slave” protocol for addressing peripheral devices; peripheral devices cannot interact with one another except via the host, and two hosts cannot communicate over their USB ports directly. Some extension to this limitation is possible through USB On-The-Go. A host cannot “broadcast” signals to all peripherals at once—each must be addressed individually. Some very high speed peripheral devices require sustained speeds not available in the USB standard. While converters exist between certain “legacy” interfaces and USB, they may not provide full implementation of the legacy hardware; for example, a USB to parallel port converter may work well with a printer, but not with a scanner that requires bi-directional use of the data pins.

For a product developer, use of USB requires implementation of a complex protocol and implies an “intelligent” controller in the peripheral device. Developers of USB devices intended for public sale generally must obtain a USB ID which requires a fee paid to the Implementers’ Forum. Developers of products that use the USB specification must sign an agreement with Implementer’s Forum. Use of the USB logos on the product require annual fees and membership in the organization.

USB 1.x
Released in January 1996, USB 1.0 specified data rates of 1.5 Mbit/s (Low Bandwidth or Low Speed) and 12 Mbit/s (Full Speed). It did not allow for extension cables or pass-through monitors, due to timing and power limitations. Few USB devices made it to the market until USB 1.1 was released in August 1998. USB 1.1 was the earliest revision that was widely adopted and led to what Microsoft designated the “Legacy-free PC“.

Neither USB 1.0 nor 1.1 specified a design for any connector smaller than the standard type A or type B. Though many designs for a miniaturised type B connector appeared on many peripherals, conformity to the USB 1.x standard was hampered by treating peripherals that had miniature connectors as though they had a tethered connection (that is: no plug or receptacle at the peripheral end). There was no known miniature type A connector until USB 2.0 (revision 1.01) introduced one.

Modifications to the USB specification have been made via Engineering Change Notices (ECN). The most important of these ECNs are included into the USB 2.0 specification package available from USB.org:

USB 3.x
The USB 3.0 specification was released on 12 November 2008, with its management transferring from USB 3.0 Promoter Group to the USB Implementers Forum (USB-IF), and announced on 17 November 2008 at the SuperSpeed USB Developers Conference.

The SuperSpeed bus provides for a transfer mode at a nominal rate of 5.0 Gbit/s, in addition to the three existing transfer modes. Its efficiency is dependent on a number of factors including physical symbol encoding and link level overhead. At a 5 Gbit/s signaling rate with 8b/10b encoding, each byte needs 10 bits to be transmitted, so the raw throughput is 500 MB/s. When flow control, packet framing and protocol overhead are considered, it is realistic for 400 MB/s (3.2 Gbit/s) or more to be delivered to an application.[18](4–19) Communication is full-duplex in SuperSpeed transfer mode; earlier modes are half-duplex, arbitrated by the host.[27]

Low-power and high-power devices remain operational with this standard, but devices using SuperSpeed can take advantage of increased available current of between 150 mA and 900 mA, respectively.[18](9–9)

USB 3.1, released in July 2013 has two variants. The first one preserves USB 3.0’s SuperSpeed transfer mode and is labeled USB 3.1 Gen 1, and the second version introduces a new SuperSpeed+ transfer mode under the label of USB 3.1 Gen 2. SuperSpeed+ doubles the maximum data signaling rate to 10 Gbit/s, while reducing line encoding overhead to just 3% by changing the encoding scheme to 128b/132b. The number of connectors used for USB 3.1 has also been reduced to two: USB-A and USB-C[citation needed].

USB4
The USB4 specification was released on 29 August 2019 by USB Implementers Forum.

USB4 is based on the Thunderbolt 3 protocol specification. It supports 40 Gbit/s throughput, is compatible with Thunderbolt 3, and backwards compatible with USB 3.2 and USB 2.0. The architecture defines a method to share a single high-speed link with multiple end device types dynamically that best serves the transfer of data by type and application.

Learn more about the latest USB technology in the USB University sessions.