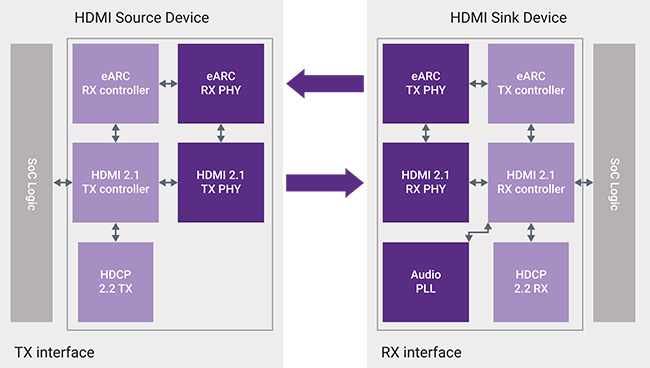 HDMI (High-Definition Multimedia Interface) is a proprietary audio/video interface for transmitting uncompressed video data and compressed or uncompressed digital audio data from an HDMI-compliant source device, such as a display controller, to a compatible computer monitor, video projector, digital television, or digital audio device. HDMI is a digital replacement for analog video standards.

HDMI implements the EIA/CEA-861 standards, which define video formats and waveforms, transport of compressed and uncompressed LPCM audio, auxiliary data, and implementations of the VESA EDID. CEA-861 signals carried by HDMI are electrically compatible with the CEA-861 signals used by the Digital Visual Interface (DVI). No signal conversion is necessary, nor is there a loss of video quality when a DVI-to-HDMI adapter is used. The CEC (Consumer Electronics Control) capability allows HDMI devices to control each other when necessary and allows the user to operate multiple devices with one handheld remote control device.

Several versions of HDMI have been developed and deployed since the initial release of the technology, but all use the same cable and connector. Other than improved audio and video capacity, performance, resolution and color spaces, newer versions have optional advanced features such as 3D, Ethernet data connection, and CEC (Consumer Electronics Control) extensions.

Production of consumer HDMI products started in late 2003. In Europe, either DVI-HDCP or HDMI is included in the HD ready in-store labeling specification for TV sets for HDTV, formulated by EICTA with SES Astra in 2005. HDMI began to appear on consumer HDTVs in 2004 and camcorders and digital still cameras in 2006. As of January 6, 2015 (twelve years after the release of the first HDMI specification), over 4 billion HDMI devices have been sold.

The HDMI founders began development on HDMI 1.0 on April 16, 2002, with the goal of creating an AV connector that was backward-compatible with DVI. At the time, DVI-HDCP (DVI with HDCP) and DVI-HDTV (DVI-HDCP using the CEA-861-B video standard) were being used on HDTVs. HDMI 1.0 was designed to improve on DVI-HDTV by using a smaller connector and adding audio capability and enhanced Y′CBCR capability and consumer electronics control functions.

On January 28, 2008, In-Stat reported that shipments of HDMI were expected to exceed those of DVI in 2008, driven primarily by the consumer electronics market.

In 2008, PC Magazine awarded a Technical Excellence Award in the Home Theater category for an “innovation that has changed the world” to the CEC portion of the HDMI specification. Ten companies were given a Technology and Engineering Emmy Award for their development of HDMI by the National Academy of Television Arts and Sciences on January 7, 2009.

On January 8, 2013, HDMI Licensing, LLC announced that there were over 1,300 HDMI adopters and that over 3 billion HDMI devices had shipped since the launch of the HDMI standard. The day also marked the 10th anniversary of the release of the first HDMI specification.

For digital audio, if an HDMI device has audio, it is required to implement the baseline format: stereo (uncompressed) PCM. Other formats are optional, with HDMI allowing up to 8 channels of uncompressed audio at sample sizes of 16-bit, 20-bit and 24-bit, with sample rates of 32 kHz, 44.1 kHz, 48 kHz, 88.2 kHz, 96 kHz, 176.4 kHz and 192 kHz. HDMI also carries any IEC 61937-compliant compressed audio stream, such as Dolby Digital and DTS, and up to 8 channels of one-bit DSD audio (used on Super Audio CDs) at rates up to four times that of Super Audio CD. With version 1.3, HDMI allows lossless compressed audio streams Dolby TrueHD and DTS-HD Master Audio. As with the Y′CBCR video, audio capability is optional. Audio return channel (ARC) is a feature introduced in the HDMI 1.4 standard. “Return” refers to the case where the audio comes from the TV and can be sent “upstream” to the AV receiver using the HDMI cable connected to the AV receiver. An example given on the HDMI website is that a TV that directly receives a terrestrial/satellite broadcast, or has a video source built in, sends the audio “upstream” to the AV receiver.

The HDMI standard was not designed to pass closed caption data (for example, subtitles) to the television for decoding. As such, any closed caption stream must be decoded and included as an image in the video stream(s) prior to transmission over an HDMI cable to appear on the DTV. This limits the caption style (even for digital captions) to only that decoded at the source prior to HDMI transmission. This also prevents closed captions when transmission over HDMI is required for upconversion. For example, a DVD player that sends an upscaled 720p/1080i format via HDMI to an HDTV has no way to pass Closed Captioning data so that the HDTV can decode it, as there is no line 21 VBI in that format.

Type B
This connector is 21.2 mm × 4.45 mm and has 29 pins, carrying six differential pairs instead of three, for use with very high-resolution displays such as WQUXGA (3840×2400). It is electrically compatible with dual-link DVI-D, but has not yet been used in any products. With the introduction of HDMI 1.3, the maximum bandwidth of single-link HDMI exceeded that of dual-link DVI-D. As of HDMI 1.4, the pixel clock rate crossover frequency from single to dual-link has not been defined.

Type E
The Automotive Connection System has a locking tab to keep the cable from vibrating loose and a shell to help prevent moisture and dirt from interfering with the signals. A relay connector is available for connecting standard consumer cables to the automotive type.

The HDMI alternate mode lets a user connect the reversible USB-C connector with the HDMI source devices (mobile, tablet, laptop). This cable connects to video display/sink devices using any of the native HDMI connectors. This is an HDMI cable, in this case a USB-C to HDMI cable. 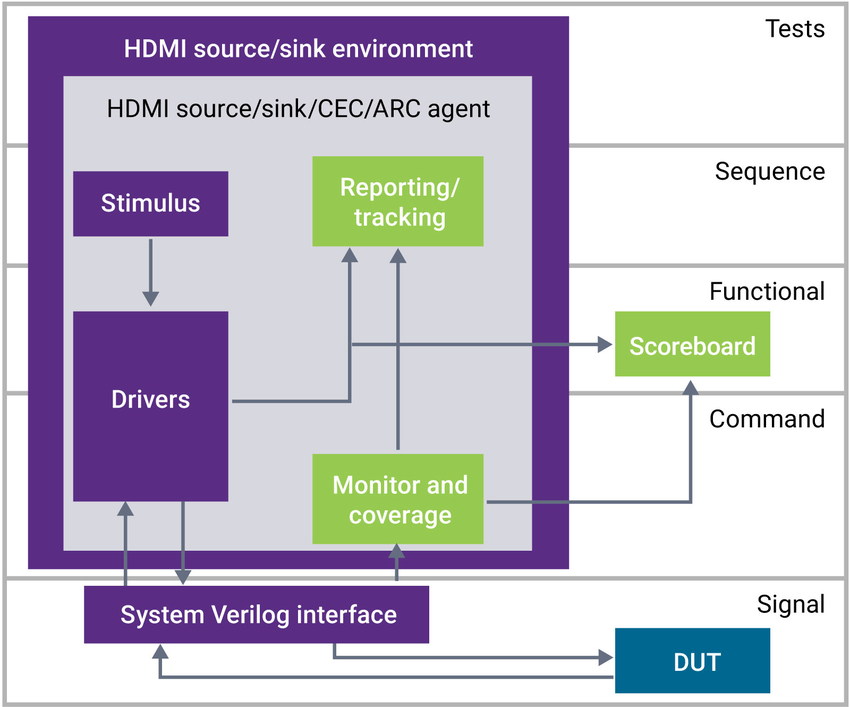