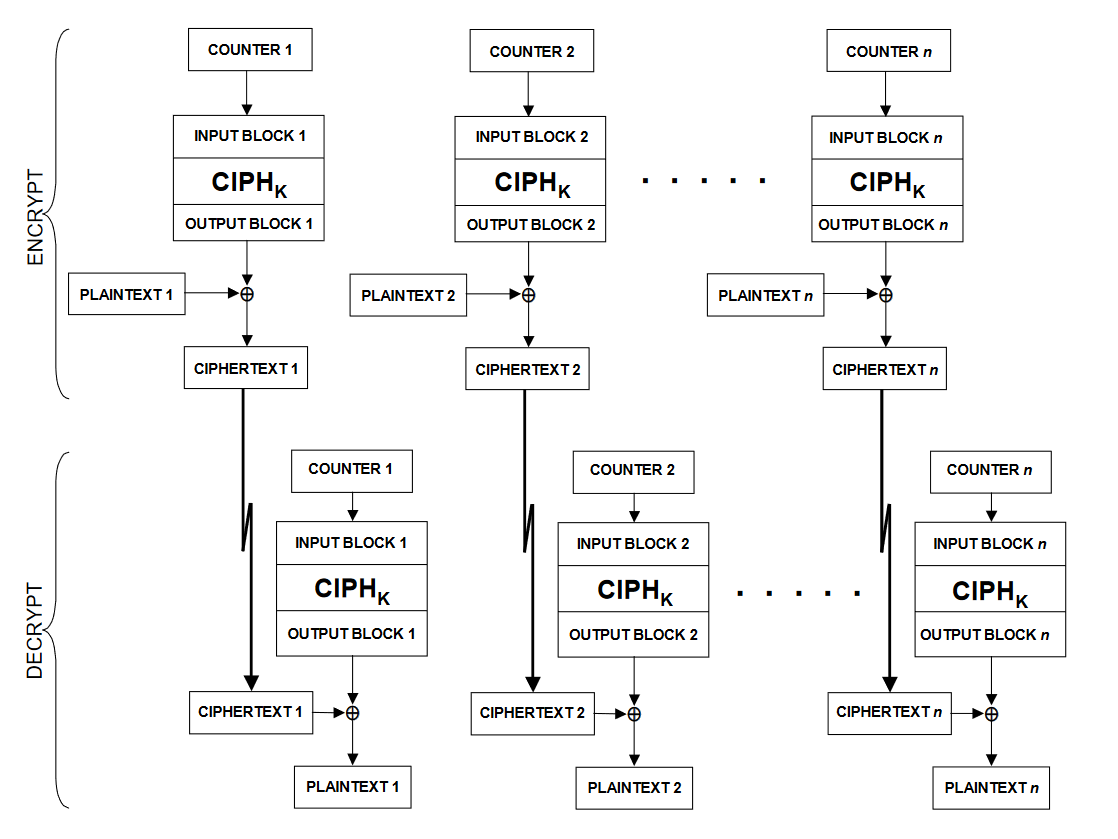 Cryptography serves the purpose for privacy, authentication, integrity, non-repudiation, and key exchange. With Cryptography plaintext is encrypted into ciphertext which will be decrypted back to usable plaintext.

Cryptography algorithms can be classifieds into 3 types:

The block ciphers are schemes for encryption or decryption where a block of plaintext is treated as a single block and is used to obtain a block of ciphertext with the same size. Advanced Encryption Standard (AES) is popular and widely used symmetric encryption algorithm for block encryption. It was developed by NIST to replace Data Encryption Standard (DES) as its key size was small. With increasing computing power, DES was considered vulnerable against exhaustive key search attack. AES is a block cipher that encrypts and decrypts 128 bits of data and is faster than DES. It is a subset of Rjindael block cipher and is used in wireless communication, IOT, encrypted data storage.

The size of an AES block is 128 bits, whereas the size of the encryption key can be 128, 192 or 256 bits. AES is based on substitution–permutation network. It comprises of a series of linked operations, some of which involve replacing inputs by specific outputs (substitutions) and others involve shuffling bits around (permutations). AES performs all its computations on bytes rather than bits. Hence, AES treats the 128 bits of a plaintext block as 16 bytes. Number of rounds in AES is variable and depends on size of the key. AES has 10 rounds for 128-bit keys, 12 rounds for 192-bit keys, and 14 rounds for 256-bit keys. Each of these rounds uses a different 128-bit round key, which is calculated from the original AES key.

It is the simplest mode. Each block of plain text is encrypted separately which enables parallel encryption of multiple blocks using multiple threads.

It is similar to CBC mode. The difference is that ciphertext output of previous block is encrypted and then XORed with plaintext.

The OFB mode makes a block cipher into a synchronous stream cipher. It generates keystream blocks, which are then XORed with the plaintext blocks to get the ciphertext.

CTR mode turns block cipher into a stream cipher. In counter mode of operation, the value of a counter is used as an initialization vector. Both encryption and decryption can be performed using multiple threads at the same time.

AES IP cores are available from various IP vendors. These IP cores speed the design cycle and increase design quality. They are available with following features:

Synopsys DesignWare AES-GCM/CTR Core implements the AES-GCM/CTR algorithm as specified in the National Institute of Standards and Technology (NIST) Special Publication 800-38D, “Recommendation for Block Cipher Modes of Operation: Galois/Counter Mode (GCM) and GMAC.” The implementation of a secure communications design requires the ability to do both cipher operations and message authentication. Authenticated encryption ensures that the ciphertext hasn’t been tampered with by an attacker. GCM is an authenticate and encrypt block cipher mode. It uses the Advanced Encryption Standard (AES) algorithm in counter mode (CTR) and a high-performance MAC algorithm based on Galois Field multiplication with CTR mode encryption, which can be pipelined for high throughput operations. It is a pipelined core and is capable of encrypting and decrypting at high speed. For message authentication, the GCM makes use of binary Galois Field multiplications that can be computed in parallel with the encrypt/decrypt operations. The core is available with key sizes of 128, 192 and 256 bits.