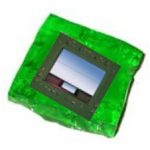 I never understood when I was a kid how ‘the Blob’ could actually catch someone but it sure did. It caught the unsuspecting, the off guard. I mean you’d have time for a soda and shower if you saw it on your road. And no, your manager is not the Blob; don’t think like that, it’s always his boss. The blob comes to consume the worker who was unaware… Read More