NVIDIA is well known for its leadership in graphics processors (GPUs) for gaming, but their business is quickly diversifying with significant growth in other areas like their datacenter and automotive businesses. Within the datacenter, NVIDIA has been evangelizing a vision for a number of years about the benefits of GPUs for… Read More

Star Wars, the Force and the Power of Parallel Multicore Processing
by George Teixeira on 01-24-2016 at 12:00 pm
View Profile
View Forum Posts

During the 80’s, the original Star Wars movies featured amazing future technology and were all about “the power of the Force.” The latest movie has now broken all box office records and got me thinking about how much IT and computing technology has progressed over the years but yet, there is still so much left untapped. 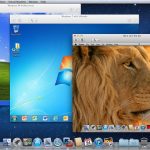 The speed with which The Mobile Tsunami engulfs the old PC Market is just incredible. 18 months ago the tablet and smartphone markets were considered a Green Field of Opportunity for PC OEMs and chip suppliers to graze in for the next decade. The fences, however, are closing in fast as Apple continues to drive its iOS empire into new… Read More